A Medal of Honor winner remembered 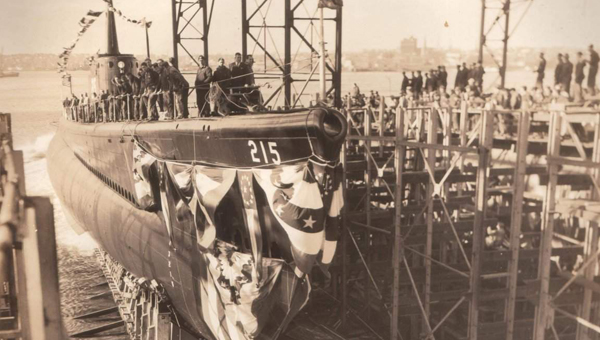 September 29 is just an ordinary day in the life of most Selma residents. However, it is also the birthday of one of the most respected heroes of World War II who was born in Selma.

All the archives and records of Commander Howard W. Gilmore, who was born Sept. 29, 1902, bear witness to this fact. A bronze bust and plaque are erected at Memorial Stadium recognizing this courageous submarine commander’s exploits during World War II.

Gilmore began his career as an enlisted sailor and later by competitive examination entered the U.S. Naval Academy graduating 34th in a class of 456 in 1926.

He was assigned as executive officer of the submarine USS Shark (SS-174) before the war and took command of the USS Growler (SS-215) four months after the attack on Pearl Harbor in February 1942.

Gilmore distinguished himself as a submarine commander, destroying Japanese vessels near the Aleutian Islands, East China Sea near Taiwan, and between Turk and Rabaul in the Bismarck Archipelago during the early phases of World War II.

On USS Growler’s fourth and fateful war patrol disrupting shipping lanes from Turk to Rabaul the night of Feb. 6-7, 1943, Commander Gilmore, while surfaced charging batteries, sighted the 900 ton provision ship Hayasaki, manned the bridge for a surface attack, and during close proximity rammed the Hayasaki amidship at 17 knots extensively damaging 18 feet of the Growler’s bow.

The Japanese crew of Hayasaki unleashed a murderous assault of machine gun fire raking the Growlers deck killing the assistant officer of the deck and a lookout, wounding Gilmore and two others in the midst of Gilmore’s command to “Clear the bridge!” Realizing he couldn’t make it to safety in time to save the ship, Gilmore heroically ordered the executive officer to “Take her down!” after the deck crew was safely in the conning tower with himself clinging to life on a railing facing certain death of injuries and drowning.

Gilmore demonstrated exemplary courage and sacrifice to save his ship and crew earning the Congressional Medal of Honor posthumously for his selfless actions and heroism becoming the first WW II submariner and only Medal of Honor recipient claiming Selma as place of birth.

Other than erecting the plaque to Gilmore at Memorial Stadium, Selma has never capitalized on the fact  it had such an outstanding native son American hero. How tragic for Commander Gilmore and the city. Selma prides itself on its history from many historic incidents and facts and touts it as a tourist attraction. Yet, this man of historic credentials has been practically neglected all these years.

He is a legend in the annals of submarine warfare. His famous last words before perishing of “Take her down!”  is known throughout naval and maritime circles.

I sometimes wonder how many would have the courage and conviction to order their own demise. Commander Gilmore didn’t hesitate to give the order to save his ship and men. I’m reminded of the Bible passage in John 15:13 that says: “Greater love hath no man than this, that a man lay down his life for his friends.”

Surprisingly, as significant as Gilmore is to Selma, there is nothing named in his honor here. He is a Medal of Honor recipient—one of only 57 Navy personnel to receive the honor in WW II–who is remembered and revered by past and present patriots, veterans and submariners.

— This column and account was written by James G. Smith, a regular contributor to the Times-Journal.

Serving up a win: A team from Selma recently won the 6.0 mixed doubles Alabama state championship at a tournament... read more