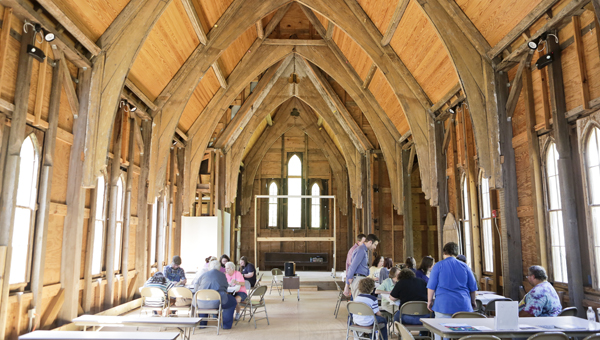 Archaeologists and volunteers worked Saturday at Old Cahawba Archeological Park to clean and sort artifacts found near the former statehouse, which was Alabama’s first permanent capitol from 1820 to 1825.

By Alaina Denean Deshazo | The Selma Times-Journal
People from across the state of Alabama gathered Saturday at Old Cahawba Archeological Park to uncover some of the state’s earliest history.

Back in the summer, the Alabama Historical Commission and the University of Alabama partnered to excavate various sites at Old Cahawba. On Saturday, people came out to help sort and clean the various pieces during Artifact’s Day.

“Today, we are bringing the public in and giving them the opportunity to analyze some of the artifacts that we excavated during the archeology days that we had a couple months ago, said Matt Gage, director of the University of Alabama’s office of archeological research. “They’re getting a chance to see the artifacts, clean them, analyze them [and] photograph them.” 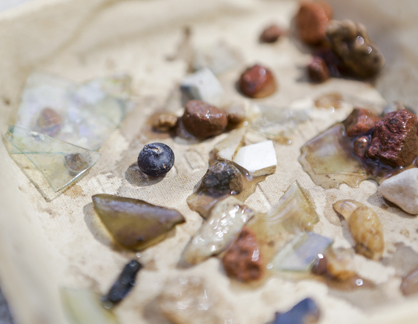 A focus for the day was analyzing artifacts found from the grounds of Alabama’s first Statehouse.

“These artifacts are fantastic in the sense that they … [are] a snapshot in time. We know when the capitol was occupied, but we don’t necessarily know what they were doing there,” Gage said. “So these artifacts will tell us certain things like if we have certain types of nails, we can tell what type of architecture was inside the structure.”

Gage said a lot of what was found was typical building materials like bricks and glass.

The archaeologists also dug up bottles, cups, pieces of plates and more. Gage said he was surprised at how good of a condition the bricks were in after nearly two centuries. 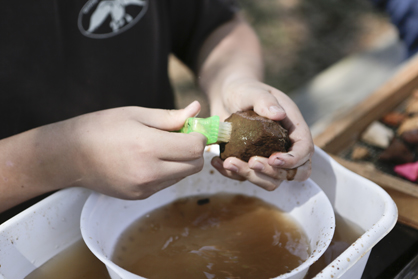 “This is addicting, It’s fantastic for us as archeologists just to get a chance to see stuff that has been in the ground since the early 1800s,” Gage said. “These are the materials that the founding fathers of Alabama were using to build the first Statehouse.”

Heather Weatherspoon drove up from Mobile to help Saturday.

“I have always been interested in archeology and considered it as a major when I was in college but was talked out of it,” Weatherspoon said. “This makes you feel like you can go back and imagine what life was like.”

Weatherspoon said she also enjoyed getting to see Old Cahawba for the first time.

Cahawba was Alabama’s first permanent state capital from 1820 to 1825.

The state’s capital moved to Tuscaloosa in 1826 and in 1866 the county seat was moved to Selma.