It is quite apparent by now if any New Year’s resolutions, or hopes for compromise or working together between the mayor and city council were ... Read more

The story of the Christmas truce

Tora! Tora! Tora! is the coded message Captain Mitsuo Fuchida sent back to the Japanese fleet after flying over Oahu to indicate complete surprise had ... Read more

SMITH: Thanksgiving is a joyous occasion

Thanksgiving is always a joyous occasion for family and friends to gather and enjoy fellowship and the fruits of the bounty. We have so much ... Read more

Smith: Honoring veterans who have passed

The best definition of a veteran, I’m aware of, is as follows: “A veteran is someone who, at one point in their life, wrote a ... Read more

Smith: Selma’s city leaders can do much better

Smith: Residents should clean up after themselves

A portion of my last column appearing on Thursday, Sept. 21 entitled “Same Problems Plaguing City,” was devoted to the illegal trash and garbage dumping ... Read more

There is an old saying, “The more things change, the more they remain the same.” It appears there is some logic to the statement based ... Read more

World War II has now been over 62 years. Fortunately, there are still some of the men and women who participated in it here to ... Read more

The meaning of Independence Day

If Americans know anything, it is how to celebrate a holiday. The Fourth of July is one of those days that needs no excuse to ... Read more

Many reasons to respect veterans

How many reasons are necessary to pay respects for our war deaths on Memorial Day? Memorial Day is our most reverent attempt at remembrance and ... Read more

Nation needs to come together

I firmly believe there is nothing this president, Donald Trump, could say or do to please the mainstream media or the rabble rousing intolerants on ... Read more

After the 2016 election cycle, any doubt the mainstream media doesn’t have a political leaning was completely eliminated. The tainting of hard news with political ... Read more

Chief Brock’s retirement is a loss for Selma

There is a saying that is becoming more and more popular expressing the truism, “elections have consequences.” It seems to be playing out in Selma ... Read more 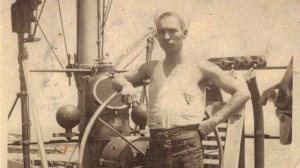 Dec. 7, 2016, will mark 75 years since the sneak Japanese attack on our Pacific Fleet stationed at Pearl Harbor. It was a tragic day ... Read more