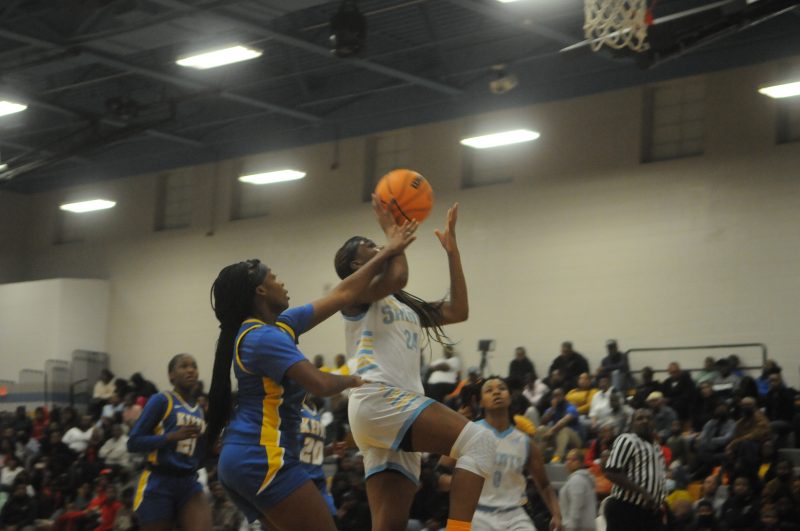 In the second quarter, the Saints started to push away. Deshawn Flannagan started the run, but it was  Jamarion Acoff who scored seven points in the quarter to extend the Saints’ lead.

Keith battled back at the end of the quarter behind eight points from Tommy Tisdale III. At the half Selma still led 26-14.

The Bears came out of halftime on a mission. They outscored the Saints 17-14 in the third quarter, making it a 40-31 Selma lead going into the fourth.

The Bears cut the Saints’ lead  to six at the 5:30 mark of the fourth quarter but that was as close as they would get.

Flannagan scored eight important points in the fourth to push the game just out of reach of the Bears. “Overall I was proud of our effort,” Selma Head Coach Daron Rembert said after the game.

“ I thought we played with the right intensity but I don’t think we played smart basketball. We do have some things that we need to clean up. We will focus on cleaning those things up while focusing on getting better as a team.”

Keith was led by Tisdale and Keith head coach Marcus Turner said that he is a leader for this team this year.

“ He is a great kid,” Turner said. “ The thing about it is he is always prepared. Day in and day out. He is the first one to come into the gym and the last one to leave. He always tries to lead by example. He is not as vocal as I would want them to be but he is always leading by example.”

Coming out of the half Selma kept doing the same thing and pushed the lead out to 10 in the third quarter. Keith did not have a field goal until two seconds left in the quarter and looked at a 28-18 deficit going into the fourth.

Keith pushed hard in the fourth behind five points from JaKayla Moore.

Selma was held without points for over three minutes before Jackson scored six of the last eight points of the game to give Selma the win. Jackson finished with 17 points to lead all scorers for Selma. For the Lady Bears, Moore led the team with 12 points.