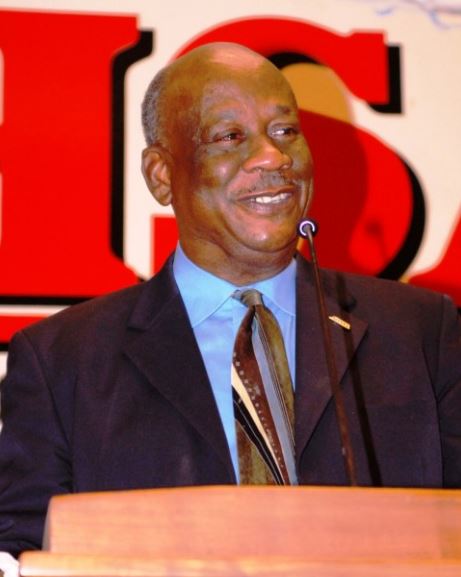 Former AHSAA Associate Executive Director Joe Evans died Wednesday after an extended illness at a Montgomery hospital. He was 72.

Evans graduated from R.B. Hudson High School in 1966. As a 15-year old R.B. Hudson student, he participated in the 1960s civil rights march led by Dr. Martin Luther King over the Edmund Pettus Bridge that led to the Voting Rights Act of 1965.

George Evans, who served as Selma Mayor from 2008 until 2016, said he always admired his brother.

“My brother meant so much to me and thousands of other people,’ George Evans said. “He tried to help everyone who needed his help. He was different in many ways, but was very real in every way. I’m going to miss Joe dearly, but I do plans to see him again in our next life.”

Evans left Keith to become an assistant coach at UAB, where he was known as being an outstanding recruiter of talent.

After Evans left coaching, he later served as athletic director and Chair of the Health and Physical Education Department at Lawson State Community College and a Associate Executive Director at AHSSA.

“Joe Evans was a man of integrity and honor who faithfully upheld the duties and responsibilities of the AHSAA,” Savarese said. “I will miss my friend, our stories, his advice and wisdom.”

New AHSAA Executive Director Alvin Briggs said Evans’ leadership and impact on prep athletics will never be forgotten. He was the first Alabama prep coach invited to coach in the McDonald’s All-America Game.

“He is highly recognized for his leadership skills and love for athletics and student-athletes,” Briggs said.

“He has always been a trailblazer, a man of strong beliefs and a man who showed great leadership in all that he did. The legacy of Joe Evans will continue to impact high school athletics for many years to come. Our state lost one of its finest men.”

Dan Washburn, who retired as Executive Director in 2007, said hiring Joe Evans was a great day for the AHSAA

“He came in with a wealth of experience in athletics, and through his work at UAB with Coach Bartow, he knew just about all the high school coaches across the state.

“He was extremely loyal to the AHSAA and endeared himself to our school administrators and coaches because of his love for high school sports. It was indeed an honor to work alongside him and get to know him as my friend.”