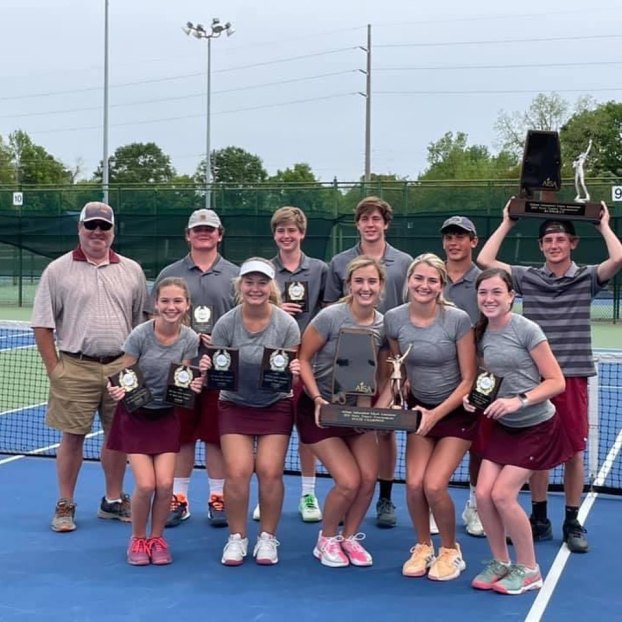 Lightfoot and Youngblood are seniors and played their last match at Morgan Academy.

“I’m so thankful for this sport and this team, Morgan Academy Tennis I will miss you more than you know,” Lightfoot said.

Baxter Stinson, who coaches both tennis teams, said he was thrilled with the Lady Senators’ performance.

“I’m super proud of the girls,” Stinson said. “It was a hard fought championship and they played hard. The other state championships we won easy.”

Kylie Calame and McCann Perkins each won individual state titles in girls’ No. 5 and No. 3 singles, respectively.

The Senators finished second, but Stinson praised their effort throughout the day.

“The boys were in every singles final match,” Stinson said.

The teams did not play for the AISA State Championship last year because the AISA cancelled spring sports due to the COVID-19 pandemic.