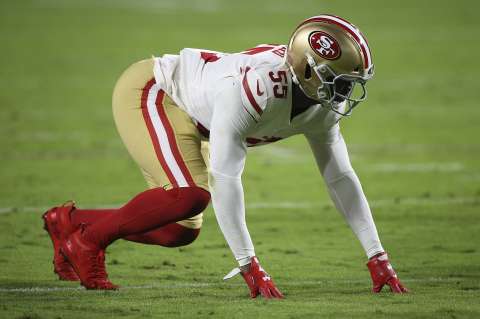 When it comes to producing Super Bowl champions, the state of Alabama has an impressive legacy.

Eighty players from Alabama colleges have won championships in the first 52 Super Bowls.

The number will increase Sunday when the San Francisco 49ers face the Kansas City Chiefs at 5:30 p.m. in Miami. FOX will televise the contest.

Four players will compete in this year’s Super Bowl, two each are on the Chiefs’ and 49ers’ active rosters.

Ford has a connection with both the Chiefs and 49ers. Ford played his first five NFL seasons with the Chiefs. Kansas City used its franchise tag to keep Ford from becoming a free agent in March, then traded him to San Francisco for a second-round selection in the 2020 NFL Draft. He later signed a $85.5 million contract extension.

“I am not who I am without great teammates,” Ford said on Super Bowl media night. “Football is not a one man sport. I’m not able to do what I do without having three great pass rushers that are cohesive with me and we rush off each other. I’m able to do what I do best and they do what they’re able to do best.”

Ragland, who also won two national championships with the Crimson Tide, said it’s an honor to play on the NFL’s biggest stage.

“I’m a blessed individual,” Ragland said at Super Bowl media night. “I could be anywhere else, but I’m here. I’m happy to be  here.”

Wide receiver John Stallworth, a Pro Football Hall of Famer, has the most Super Bowl rings of any college player in-state.

Stallworth, who played at Alabama A&M, was a starter on four Super Bowl winning teams with the Pittsburgh Steelers in the 1970’s.

Hightower, who played at Alabama, won all three of his Super Bowl crowns with the New England Patriots in 2015, 2017 and last year.

Alabama set the standard for Super Bowl winning quarterbacks as starters. Bart Starr won the first two Super Bowls in 1967 and 1968 for the Green Bay Packers, followed by Joe Namath with the New York Jets a year later. Ken Stabler led the Oakland Raiders to a Super Bowl crown in 1976. All three are Pro Football Hall of Fame members.