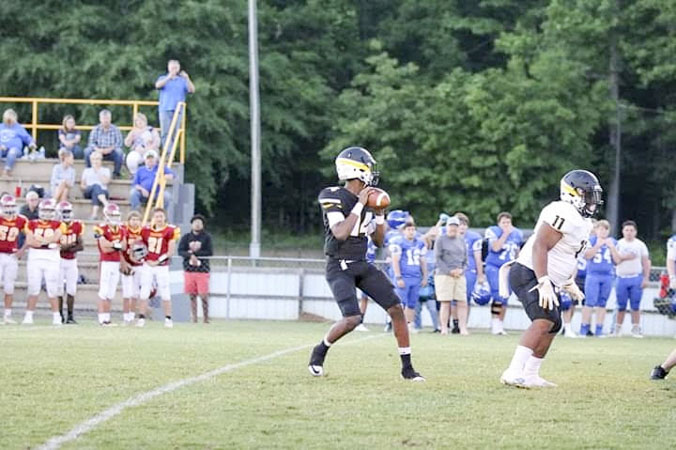 Octavius Palmer and Tyreshon Freeman both played key roles for Autauga Academy, who meets Escambia Academy for a AISA state title at 3:30 p.m.

Palmer is the Generals’ starting quarterback, the same position he held at Dallas County. Freeman has played cornerback and running back for the Generals (8-2).

Freeman has thrown for 445 yards and eight touchdowns. He’s also rushed for 519 yards and 10 more scores. At defensive back, Freeman has two interceptions.

For Freeman, he said its great playing with a former Dallas County rival.

“He knows how I play, I know how he plays,” Freeman said.