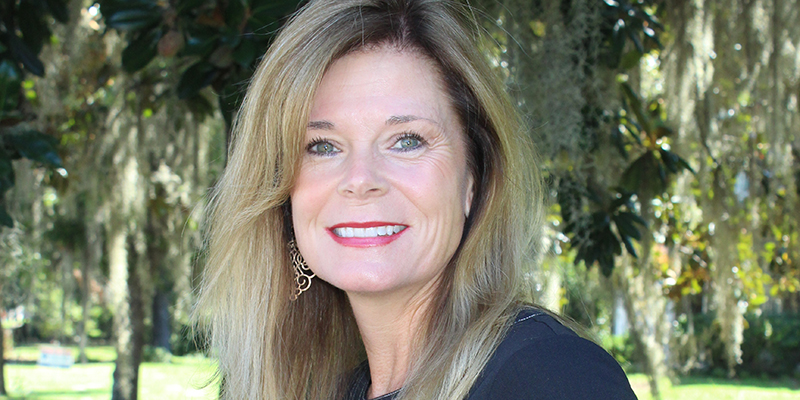 Each morning, before the doors open at Safe Harbor Women’s Medical Center, Executive Director Jennifer Dobbs gathers in a back room with her staff and volunteers and they bow their heads in prayer for the day ahead.

“We gather in the back room and pray for any of our clients coming in for appointments for the day, we pray for each other and we pray for our community,” Dobbs said.

Then the day begins and Dobbs is thrown into her daily work schedule – greeting clients as they arrive and preparing them to meet with the volunteers helping them through their sessions; sometimes she takes on a client’s advocate role, which includes sitting down and talking to people who are nervous, scared and expectant mothers.

Beyond that, Dobbs is going about the work of ensuring that Safe Harbor, a nonprofit safe space for women and men to share their concerns about parenthood and prepare for the next steps, stays funded to continue its work.

“Because we are a nonprofit and do not receive state or government funding, we rely on the community’s support and fundraisers to offer our services free of charge,” Dobbs said. “In between center operations, I am busy each day planning and executing these fundraisers.”

And the obligations continue – Dobbs oversees a staff of four and a volunteer base of 10.

“Our job can be emotional, as we are dealing with the lives of innocent babies and vulnerable parents,” Dobbs said. “Making sure all of the staff and volunteers are in a healthy state mentally, spiritually and emotionally is a daily task.”

Even with the slate of daily responsibilities, Dobbs noted that she never knows what to expect from one day to the next.

“Each day is different from the last,” Dobbs said. “At any given time, a crisis can arise that demands immediate attention and takes top priority. We may get a desperate phone call from someone seeking and abortion out of fear and lack of resources. After talking to her, we discover that she does not really want an abortion, as no one really does want one, she just needs help and someone to guide her through. The rest of the day is spent on her and getting her the help she needs.”

Dobbs has been with Safe Harbor in Selma since its opening 19 years ago, having only left for one year to work with Charismatic Episcopal Church (CEC) For Life in Birmingham, starting out as the Post Abortion Director, then adding Center Director to her title and eventually becoming Executive Director 12 years ago.

“The work we do here at Safe Harbor is so vital to our community because of the sheer number of unplanned pregnancies,” Dobbs said. “With an unplanned pregnancy, there’s fear and uncertainty. In this area, Safe Harbor is the only place that exists for expectant parents to be informed and supported during such a critical time in their lives. That’s why it’s such a force in our area, because lives are truly saved due to its influence. We want to be that hand held out to them when they are struggling. We want to be a safe space and a reason that they feel capable to handle whatever hardship they may be experiencing.”

In 2015, Dobbs watched as Safe Harbor moved to a new building to account for the organization’s growth and has overseen the addition of new outreach programs, including parenting classes for mothers and fathers.

“We’ve really been focusing on the family unit and including fathers as much as we can,” Dobbs said, noting that parents that take part in the program can earn points to be spent in Safe Harbor’s “baby room,” where parents can purchase a variety of baby items like clothes, diapers, bath items and more.

“The biggest way that Safe Harbor has changed is in its reach,” Dobbs said. “We’re reaching different groups of people and we’re reaching more of them. Our hope is always to reach those in the community who are hurting or those who may need some help or guidance as they navigate difficult times in their lives.”

Unplanned pregnancies, Dobbs said, as well as a high rate of abortion, continues to be an issue locally – Dobbs said Safe Harbor is working in unique ways to address both issues.

“When a mother or father visit the center, their chances of choosing abortion are decreased simply because they are informed of their options,” Dobbs said. “Many times, members of the community are persuaded through information in media, family members and other outside sources – our job at Safe Harbor is to let these parents know their rights and options and let them know that they are capable; we want to empower them with information in a world where they are so often put down or ignored. At Safe Harbor, we want to be that presence in their life and that reminder that says ‘you are worthy and you can do this.’”

For Dobbs, her work at Safe Harbor is personal – Dobbs was married at a young age and, prior to marriage, had an abortion at 15.

“It is something that I will always regret,” Dobbs said. “I experienced another unplanned pregnancy at 16. Abortion was not an option for me.”

Dobbs married her husband, Matt, and they welcomed their first daughter into the world – today, Dobbs has been married for 34 years and is now the mother of three daughters and has two son-in-laws and two granddaughters with a third on the way.

“I do what I do because I know what it is like to face a crisis pregnancy,” Dobbs said. “Not having anything like Safe Harbor when I was 15 is why I chose to abort. I don’t want these precious girls to have to make that same mistake that I did.”