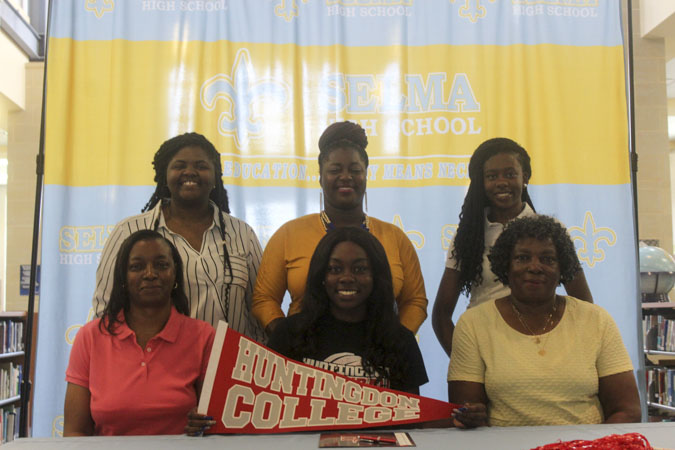 Johnson signed a volleyball scholarship to play at Huntingdon College on Monday at the Selma High Media Center.

A member of The Selma Times-Journal’s All Dallas County volleyball team, Johnson said she is looking forward to playing at the school based in Montgomery, an hour’s drive from the Queen City.

“I feel blessed, I just got offered by Huntingdon College,” Johnson said. “I went to camps at Huntington before, it felt like home.”

Johnson will graduate from Selma High 10th in her senior class. She has a 4.1 GPA and made 18 on the ACT, making her academically eligible to play as a college freshman next season. She plans to major in Biology.

Johnson said she hopes the opportunity can lead to bigger things for Selma residents.

“I’m showing that people from Selma can make it,” Johnson said. “I’m dedicated to having a good career at Huntingdon College.”