From Church to Store 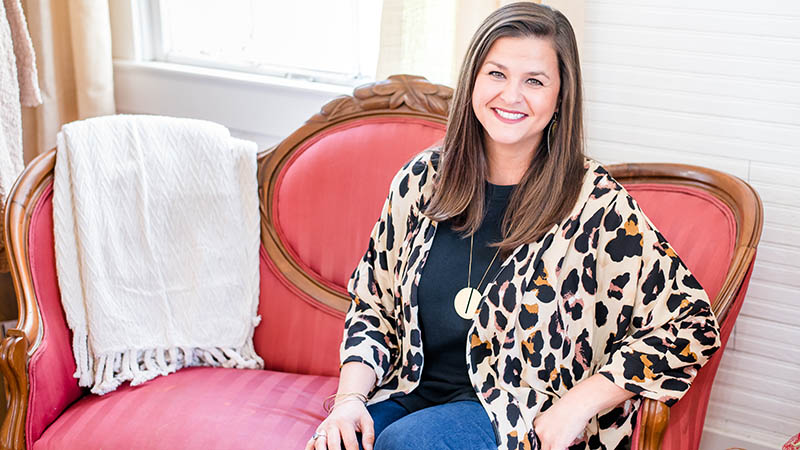 Henley Barnes has had a successful year owning and operating The Shops at Harper’s Chapel in Valley Grande.

Barnes’ property already had a pond in their backyard, and that quickly changed the plans.

“That did not work out,” she said.

Barnes said the thought of having a clothing and gift store was on her mind frequently before deciding to take the first steps.

“I had always loved the thought of having a clothing store or a gift store,” Barnes said. “My husband told me it was a fine time to do it. I thought ‘let’s do it and invest in Selma and Dallas County.’”

Barnes said investing in the area was important to her.

“I grew up here,” she said. “I was born in Selma, so that is important. My husband is from here as well.”

“This church was built in 1941,” she said. “We searched forever trying to find the name for the business and a friend of mine asked me what the name of the church was, so it just seemed fitting after that. We knew people that went to the church. George Wood was a veterinarian, and he was the last preacher; that I am almost sure of. Nobody had preached here in several years, and we passed it every day on our way home. It was an old country church and the land was donated by surrounding families; people that were in walking distance.

“A friend of ours is a realtor. We called and she found it, got a great deal on it. We had to do some remodeling,” Barnes said. “There was a drop ceiling and some paneling on the walls. We did the remodeling in about less than three months. I knew I wanted to be open before Christmas last year.”

Barnes met her goal, and The Shops was open for business before the Christmas shopping season.

Barnes said the first few months were busier than expected.

“The first year, actually the first couple of months were busy,” she said. “We went to market and I bought enough for what I thought would last the rest of the year. We were so busy, and I opened the door the first day, and we had more customers and more people. I sold just about everything I had the first day nearly. That was challenging trying to figure out how much to get.”

Barnes said the store sells something for everyone.

“We have all kinds of stuff,” she said adding that the store carries brands including Southern Marsh, Coastal Cotton, Coast and Southern Shirt. They also have candles, and a gift section.

“The newest addition we have is the man cave in the back,” she said. “We had all of it in the front of the store, but we have just run out of room. We have expanded so much in over a year.

“To me it is just giving back to the community,” Barnes said. “We thought when we opened that because we offer men, women and children’s clothing that it was a place for you to shop for everybody. We have the baby gifts, the wedding gifts, Christmas gifts and there is something here for everybody.”

“I had always loved this type of business,” Barnes said. “I had friend that their families had stores growing up that I would go into. When I had my children, I would go into the Lily Pad, which is a children’s store downtown in Selma. I always loved the stuff she had in her store. The idea of doing like that was interesting to me. I love people so I think just being around people is good. I was a stay at home mom for 11 years, so getting back into the workforce was amazing. I had worked just odd and end jobs before.”

Barnes said her love of people is also a perk of the job.

“Being out and being able to be with the public and see people and meet people are my favorite moments,” she said. “I love it when people who have been to the church in the past will come in and look around and say my daughter was married here or we were married here back in the 50s, and it was just neat to hear those stories that these people have.”

Barnes said there has been a few challenges as well.

“I has been hard to balance my stay at home mom life to my working life,” she said. “I’m not here full time but sometimes it is a challenge.”

Barnes said she would encourage anyone with a dream of owning their own business to do it.
“I’d tell them just go for it,” she said. “I love Selma and with all of the hate and crime that’s going on now, I would love to have any positive things around. If you are wanting to do anything positive in our community then please do. We need all of the small business owners, and we need all of the big business owners too.”

Why I Love Selma: David Johnson