Stokes stepping down after Homecoming game 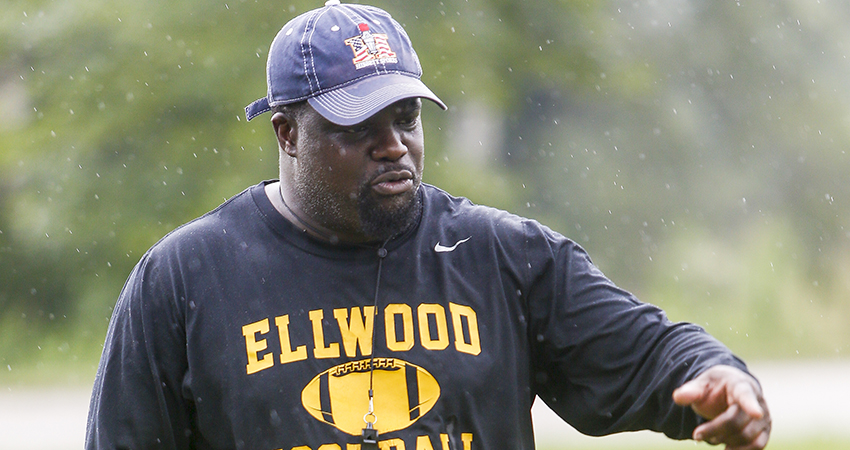 Ellwood Christian head football coach Mike Stokes will lead his team onto the field one last time Thursday night against Autaugaville. Stokes was Ellwood’s first football coach, and has coached the Eagles for five seasons (2009-2012, 2016).

Ellwood will be celebrating its homecoming at the game, but a key component of the football program is actually stepping away.

Stokes will inform his team that he has accepted a position as a job coordinator for Judge Bob Armstrong’s Fatherhood Initiative Program.

“I’m grateful for the time that coach Stokes has spent with us,” Ellwood Christian School director Gary Crum said. “Anytime an individual has a chance to better himself or herself, they have my full support.

Stokes was the first head football coach for Ellwood Christian, coaching from 2009-2012 and 2016. In five seasons with the Eagles, Stokes has a 11-52 record.

“It’s been a rough week, because I’ve seen all those kids literally grow up in my face,” he said. “It’s hard to leave. It truly is, but it’s just something that I felt was better for me to do right now.”

According to Crum, the head assistant coach Lemuel Jones will succeed Stokes after the Autaugaville game.

“[Jones] has a myriad of experience with our program, so we’ll still be in good hands,” Crum said.

This region matchup will force one of these two winless teams to come out with their first victory of the season.

When it comes to team stats, Ellwood and Autaugaville are similar. Neither team has much success scoring, nor do they defend particularly well.

Ellwood hasn’t had much luck finding the end zone this season, as they have been shutout in three games already this year.

The team has struggled in the red zone, and has only scored 28 points six games into the season.

Autaugaville’s offensive output is just barely better than Ellwood’s. Even though they haven’t been shutout, the team still only averages 12.6 points per game.

Ellwood expects Autaugaville to try and hammer them with the run game. They are a tough team with a big running back, according to Stokes.

“One thing about Autaugaville, they are not going to quit,” Stokes said. “They are going to line it up and try to pound it right at you.”

Each team will be looking to take advantage of the others defensive weaknesses. Autaugaville has given up at least 46 points in each of their games, and the lowest an opponent has scored against Ellwood was 38.

In Stokes’ final game of the season, he and his team have an opportunity to walk off the field with a win on homecoming night.