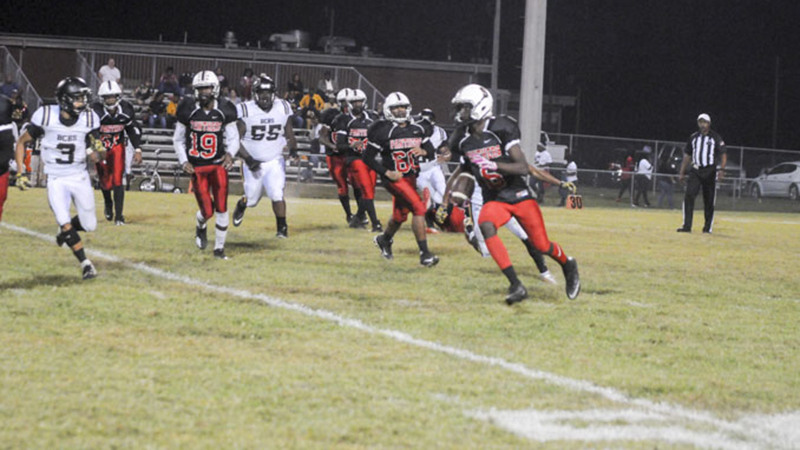 Running back Travonne Perry rushed for 202 yards and scored three touchdowns as the Hornets prevailed 56-36.

Southside (0-9 overall, 0-6 Region 3-3A) remained winless on the season, turning the ball over five times. Bullock County converted three of the Panthers’ miscues into 18 points.

“We started the game slow, we couldn’t get any stops on defense,” Southside coach Daniel Flowers said. “We couldn’t put a game together for four quarters, but the kids played hard and kept fighting.”

Bullock County, however, began its run late in the first quarter. Travonne Perry’s 3-yard touchdown run and extra point kick cut the Panthers’ lead to 8-7 after one quarter.

Bullock County (4-4, 3-3) increased its lead to 36-8 as Williams hit Brandon Perry on a 25-yard touchdown pass early in the third quarter.

Southside wouldn’t quit, as Tony Sullivan threw touchdown passes of 36-yards to Ernest Hatcher and 20-yards to Malik Johnson. Johnson added a two-point conversion as the Panthers cut the deficit to 36-22.

Bullock County, though, ended the quarter with Williams’ 10-yard touchdown to lead 42-22.

Johnson hit Hatcher on a 15-yard touchdown pass and added a two-point conversion run to get Southside within 42-30 with 10:00 left.

Johnson’s 25-yard touchdown pass to Hatcher was sandwiched between Travonne Perry’s touchdown runs of 19 and 25 yards.

Hatcher had six catches for 106 yards and three touchdowns for the Panthers. Johnson and Sullivan combined for over 200 yards passing.

The Panthers close the season next Friday at St. James.

The Hornets fell to 0-8 in a non-Region contest in Plantersville. The Hornets travel to American Christian Academy in Tuscaloosa next Friday.

“Francis Marion is a very physical team that executed their offense,” Bears coach Anthony Lumpkin said. “We couldn’t run the ball and execute the things we wanted to do on offense.”

The Trojans (0-8) remained winless on the season, dropping a road contest.

MCS closes the regular season at home next Friday against Crenshaw.

The Eagles (0-8) were shutout for the third time this season and continue to search for their first win since September, 2015. ECS plays host to Linden next Friday.

“We were shorthanded,” Catlin said. “We had several fumbles and threw three interceptions. Several things didn’t go our way.” 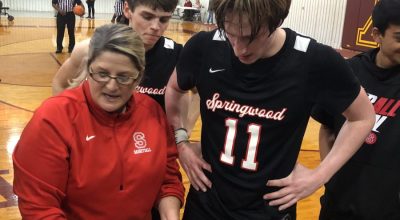