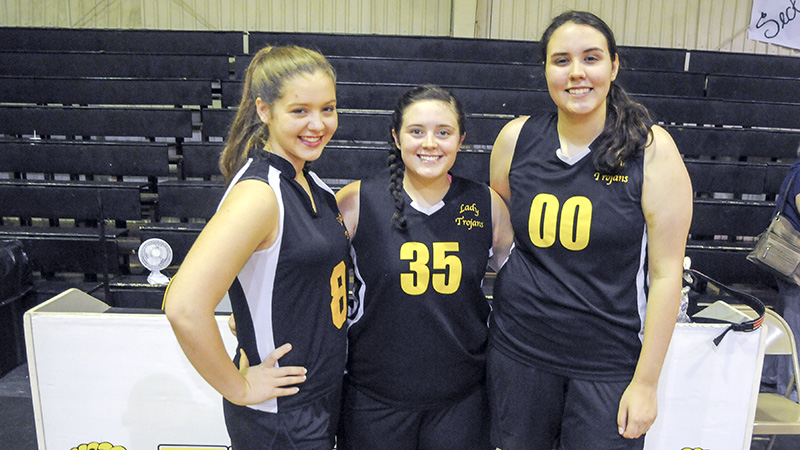 The Meadowview Christian Trojans lost in five sets to the New Life Eagles in the regular season finale on Tuesday night.

After warm-ups, each of the seniors walked on to the court as their names were announced to greet their parents. Head coach Tim Burton started all three seniors in the first set to kickoff Senior Night.

“It’s been good,” Burton said. “They played excellent tonight against probably the No.1 team in the other area.”

New Life was a tough opponent to face, but the girls didn’t back down from the challenge.

The first set was tight and led by a big performance from Erin McIntrye who recorded five aces and eight total points. The Trojans took the first set 25-21.

Unfortunately, the team was unable to match the effort in the second set and were blown out 25-9.

Meadowview is a much different team when they don’t let the score run away from them.

The third set mirrored the first and both teams battled back-and forth. This time, Alyssa Verhoff led the team in scoring with seven points in the 25-22 win.

The match came down to the final two sets and the Eagles seemed to grow stronger as the games went on.

The Eagles won the fourth set 25-16 and the final set 15-5. The Trojans had difficulty creating any many scoring runs in the final sets.

“That team is usually pretty good, and we haven’t done that well against them in two or three years,” Burton said. It’s been awhile since we played and beat them a couple games, so that kind of meant a lot.”

Now that the regular season is over, the Trojans are looking ahead to the sub-state tournament set for Oct. 12-13.

“If we finish second, like I think we did, we should host a sub-state game,” Burton said.