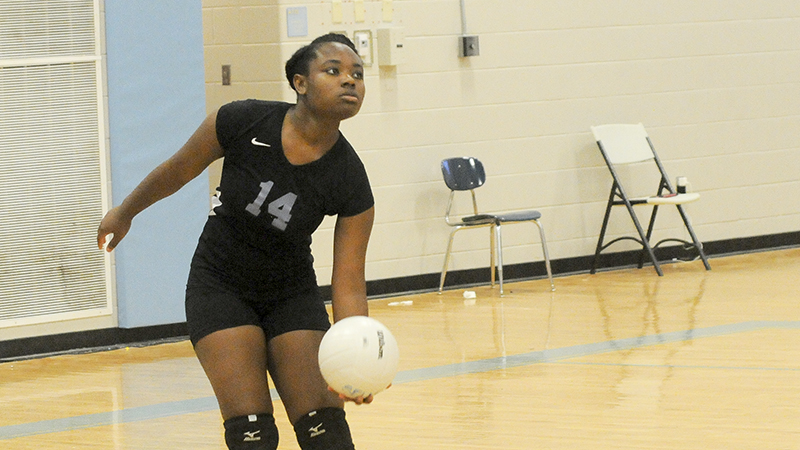 “It’s an inner-county rival game, so it’s a very intense game between both teams,” Saints head coach Katasha Turner said. “When you have two good teams in the area that’s competing against each other, every ball counts.”

The intensity of the game was matched by the hype of the crowd. Even though the gym wasn’t full, the fans grew louder and louder as the games went on.

The first set was close the whole way through. Late in the first set, the teams tied each other’s score five times before the Saints could finally pull away.

Aeranna Manual served an ace to close the first set 27-25.

Tied at one game a piece, the tension between each point intensified. The Saints battled through the third set and won it 25-22.

The Saints had better control of the game in the fourth set winning by a slightly more comfortable 25-17.

Both teams play again on the road on Thursday. The Hornets travel to play against Marbury High and the Saints will go to Prattville Christian.