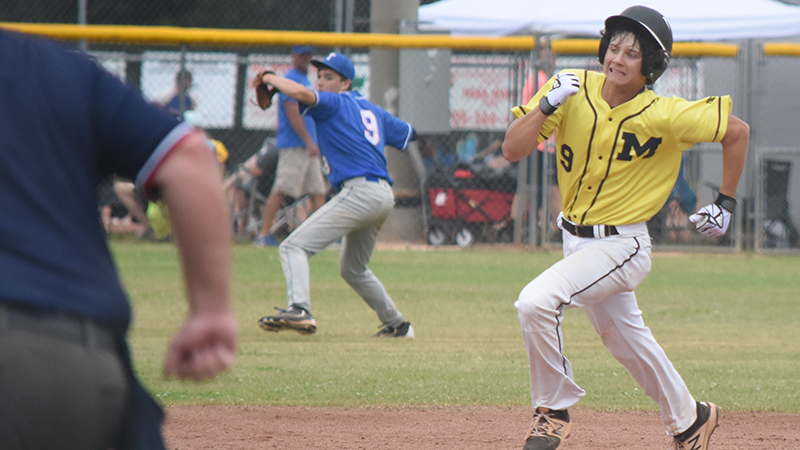 TUSCALOOSA — Down two runs and facing its last out, Meadowview Christian needed a miracle.  For a second, it looked like the Trojans might’ve gotten it.

Jeremy Lee hit a deep fly ball to center field and for a few seconds, it looked like it might find its way over the head of Tabernacle Christian center fielder Mitchell Smith. In the end, it fell safely in Smith’s glove as Tabernacle held on for a 3-1 win.

As the Torches celebrated a trip to the Alabama Christian Athletic Association championship game, Meadowview (13-5) was left wondering what might’ve been, if not for one less error or a few more hits.

“There are going to be errors made in a game, but you’ve got to score more than one run to win a ball game most of the time,” said Meadowview coach Lebo Jones.

The Trojans had their chances. Pitcher Jeremy Lee threw 16 strikeouts and gave up only three hits.

“When you strike out 16 batters, 95 percent of the time you’re going to win,” Jones said.

Lee also provided the first spark of the game with a triple off the center field wall in the fourth inning.  Chemar McGuire came up next and scored Lee on a ground out to put Meadowview up 1-0.

Meadowview could’ve added a few more runs, but the Trojans stranded Mason Kendrick and Zack Duke on second and third and it came back to cost them.

Tabernacle tied the game in the sixth inning after Lee walked the first two batters he faced. Justin Box reached on a fielding error and Bradley Cope scored, tying the game at one.

The Torches took the lead for good later in the inning. Elijah McPherson grounded out to Lee, who tagged him and then fired home to try to get Isaac Anderson at the plate. Anderson got there before Meadowview catcher Mason Kendrick could apply the tag and Tabernacle led 2-1.

Kendrick led off the bottom of the sixth inning with a triple to right field. McGuire was walked next, giving Meadowview two men on with none out.

With the game on the line, Tabernacle brought in Anderson to pitch in relief of Noah Cargile and it paid off. Anderson struck out Duke, Jack Barnes and Cole Smith to get the Torches out of trouble.

“We needed to score some runs. We had a leadoff triple in the sixth inning and couldn’t score him,” Jones said. “If we had given him some run support, we should’ve won the game but the other team had a good approach. They brought their best pitcher in the last two innings and he shut us down.”

Tabernacle added a third run in the seventh inning on a double by Caleb Hatcher. Cargile scored on the play.

Lee forced the next two batters to struck out and got Anderson to ground out to end the inning, but by that point the damage had been done.

Chambers McGilberry singled with two outs in the bottom of the seventh, but the rally was cut short when Lee’s fly ball was caught in center field to end the game.

“It probably would’ve been a home run in most parks we’ve played in this year,” Jones said. “It was just a long fly ball here.”

Tabernacle will face Tuscaloosa in Saturday’s championship game, while Meadowview will take on Victory Christian from Columbus, Mississippi in the third-place game at noon.

“Third is better than fourth and let’s go out with a bang the last game of the season and try to win it,” Jones said. “We’re going to try everything we can to win to end the season on a good note.”