ECA, Selma, Keith battle it out in large meet 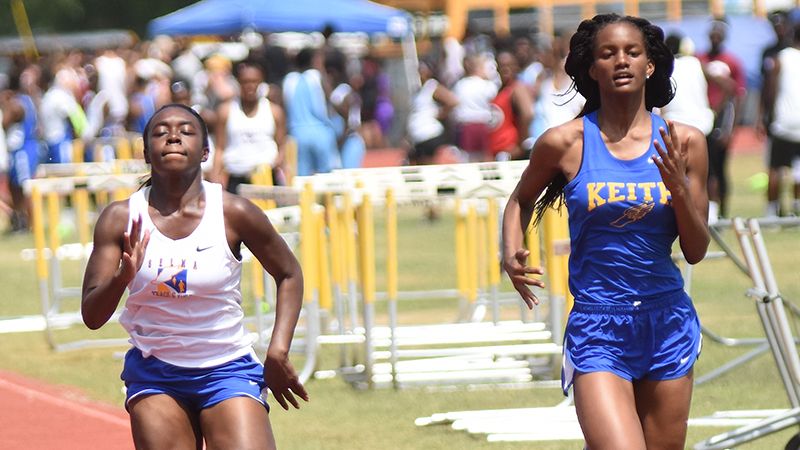 It was a busy day at Memorial Stadium Friday as dozens of schools from around the state participated in the Water Under the Bridge Track Meet, which was co-hosted by Selma High School and Elmore County High.

Selma, Keith, Ellwood Christian and R.C. Hatch were the local schools that participated and athletes from each school placed highly in several events.

Ellwood Christian’s Rashni Walker was one of the day’s biggest winners.

Rashni, a seventh grader, competed at the middle school and high school levels, but she was competitive regardless of who she was racing.

“When other kids are running, if you aren’t running then you’re behind,” said Ellwood track coach Jeff Walker, who also coaches the Walker Track Club team in Selma. “Competing year-round, really helps us when it comes to outdoor season.”

Several other Saints had impressive finishes as well.

Keith’s Smiley finished third in the boys high school 800-meter relay, just a few seconds behind Stanhope Elmore’s Logan Swindle. Keith coach Clifton Reeves said the Bears judge their performance based on how they fare against some of the bigger schools. Keith is classified as 2A, but schools of all sizes competed Friday.

“We gauge it by some of the biggest schools that have better facilities and everything they need to be in better shape, bigger conditioning,” Reeves said. “If you are hanging up in the top echelon with those guys, then you are pretty good.”

Results were still being updated as of the Times-Journal’s press deadline on Friday evening.