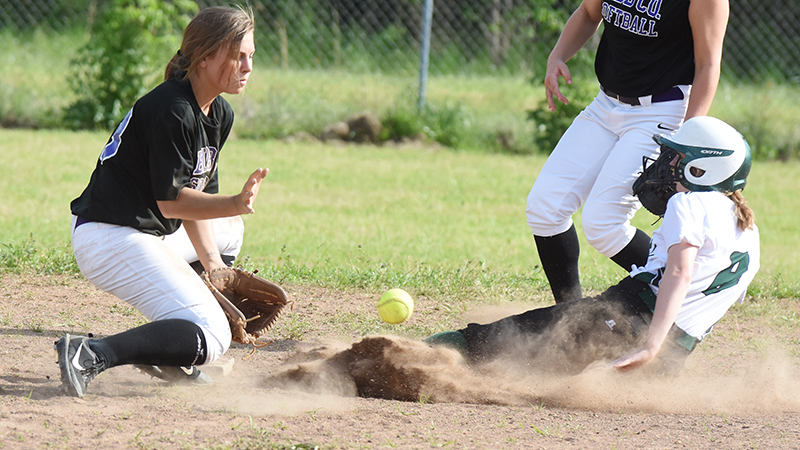 PLANTERSVILLE — The final score might not indicate it, but Dallas County softball coach Joshua Howard believes the Hornets improved on Tuesday. Howard’s Hornets trailed 12-1 after two innings, but kept battling back and played their first seven inning game of the season.

The game still ended in a 19-5 loss to Bibb County, but it could’ve been over much sooner.

“One of our problems in the past is we have kind of laid down when we’ve got that far behind, but today we didn’t do that,” Howard said. “They stayed up, and they fought to stay in the game.”

Bibb County showed its power, hitting three home runs in the game. Anna Quimby hit a two-run homer in the first inning, Karleigh Patterson had a single run shot to center in the sixth and Ivey Moreland hit a three-run home run in the seventh.

Bibb tacked on two more runs in the second and five more in the third to take an insurmountable lead. Dallas County had to get something going, or the game would’ve been called six outs later.

The inning ended much sooner than it looked like it would thanks to a controversial call.  On a hit by Mary Edwards, Green ran into Bibb County’s shortstop and was called out, the third out of the inning. Regardless of the ruling, Howard said the out ended Dallas County’s momentum.

“That’s what I was just discussing with a couple of people,” Howard said. “That’s really kind of a judgement call. I have an opinion on how the rule goes and they have an opinion on how the rule goes, but either way something that ends your batting when you have something going really well is a hard thing to get over. It’s tougher to brush away than some other stuff because you see that you are about to produce something and you don’t get the results of what you just worked for.”

McIlwain kept Dallas County in it by forcing Bibb County into back to back scoreless innings. The Hornets added a fifth run in the fifth, on a wild pitch that scored Morrow. Bibb County swapped pitchers at that point, bringing in Mychael McMillan for Gracie Woodruff, and Dallas County didn’t score again.

Bibb County scored twice in the top of the sixth and five more times in the seventh.

All of Dallas County’s games before Tuesday had ended before the seventh inning. Two of those games were wins over Central Tuscaloosa, which guaranteed the Hornets would finish second in class 5A, area 7.

“We only had three fielding errors by the way I count,” Howard said. “We weren’t as afraid to hit, we weren’t as afraid to run. We lost some early. They ripped some balls over heads early … but you just have to focus on the positives of what came out of it. Yes, we lost but we did a lot of things better that are going to help us out in the future.”

Dallas County plays Monday at Greensboro in its next game.