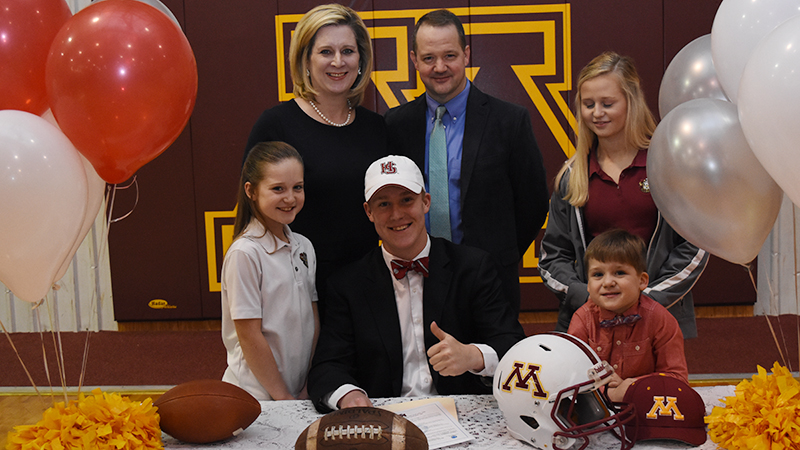 Months ago Morgan Academy senior Cameron Bohannon knew he planned to attend college at Hampden-Sydney, a liberal arts college for men in Virginia. Playing football at the college had never really crossed his mind.

That all changed in the last few months, after Bohannon took an official visit to the college. Mac Russell, a Morgan Academy graduate who played football at Hampden-Sydney helped with getting Bohannon connected with the coaching staff and the ball got rolling from there.

“I was already going to go to the school, but determining whether or not I wanted to spend four years playing football or not was really the big factor,” Bohannon said.

Bohannon, who played defensive end for the Senators, decided to give it a go.

“One thing led to another and I went on a football recruiting visit and the next thing I know, I’m signing a piece of paper saying I’m playing for four years,” Bohannon said with a smile.

Bohannon said he had pinpointed Hamden-Sydney as the place he wanted to go for a while.

“I just hit the campus and fell in love,” he said.

He’s a top-notch student at Morgan and made a 29 on his ACT.

He wants to study political science and get the pre-requisites for dental school. One day, he’d like to get into politics.

The part he didn’t expect was to be at a signing ceremony, at least one where he was signing to play football.

“If anybody in my class played college football, it wasn’t going to be me,” he said. “Fate kind of changed that.”

Morgan Academy football coach Josh Thacker said Bohannon is a great student, who will bring a lot to Hampden-Sydney on the field and in the classroom.

After rainout, MA track team will be short of…