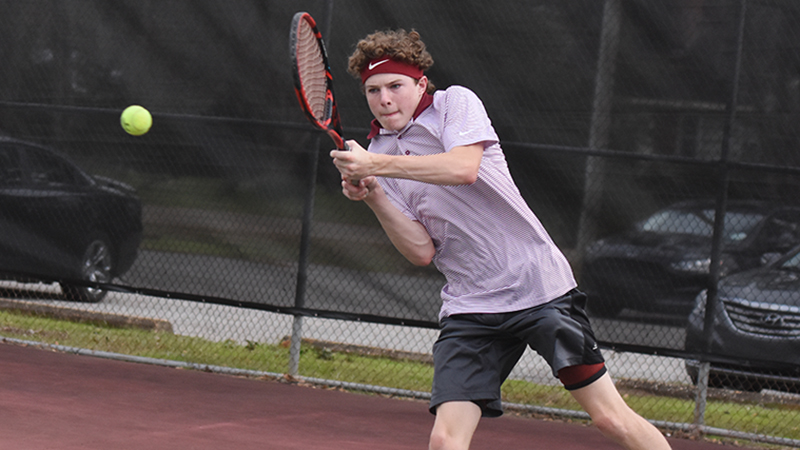 Morgan Academy's Will Brackin hits a return shot in his win over Matt Hughes. --Daniel Evans

Every match lasted only two sets and the majority of them ended in the lopsided score of 6-0.

Morgan tennis coach Baxter Stinson said he talks to his players before every match about getting better that day, regardless of who the opponent is.

On Tuesday, Morgan overmatched Monroe, but Stinson saw his players working on their technique and aim.

“I tell them to specifically work on serving to a specific target or returning to a particular area of the court that might be a little harder,” Stinson said.  “We use every opportunity we have on the court to get better.”

In doubles, Brackin and George Jones topped Hughes and Owens 6-0, 6-1 and Taylor Jones and Perkins beat Carter and Stacey 6-0, 6-1.

Every player on both the boys and girls’ tennis teams at Morgan are undefeated on the year so far.

The boys have played three matches — Eastwood, Crenshaw and Monroe, while the girls have only played two. The Senators’ girls team will take on Monroe on Wednesday, weather permitting.

Stinson said the goal this year and every year is to win a state championship.