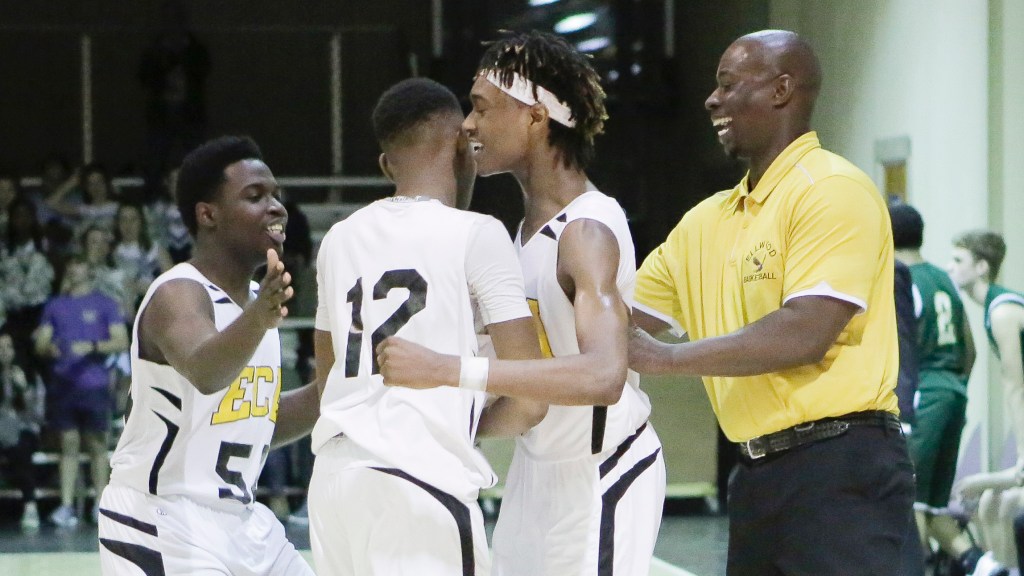 Two local teams are making the trip to Montgomery for Friday’s Central Regional games at Alabama State University and as far as experience goes, they couldn’t be more different. The Selma girls arguably enter as one of the 6A favorites, while the Ellwood Christian boys’ basketball team will be making its first ever appearance in a regional.

The Eagles will play Friday’s last game when they take on Notasulga at 7:30 p.m.

The Selma girls won’t have to wait quite as long to take part in their first Central Regional game. The Saints (26-2) will take on Helena (14-16) at noon on Friday.

The Selma girls’ have become a fixture during this round of the playoffs. The Saints have made it this far the majority of head coach Anthony Harris’ 14-year tenure and they’re back for another run at the class 6A championship. There won’t be a more experienced team in the 6A bracket than the Saints.

“These kids have been in the lights,” Harris said. “Sometimes you get a couple of folks in there yelling and screaming, it can be big. If you aren’t ready for it, one mistake and you’re up out of there.”

Harris said the key Friday is to play team basketball. The Saints have been led by their senior trio — Jamya Smith, Jacquetta Dailey and Areyana Williams — but one of their biggest strengths is depth. Aaliyah Hatcher, Kynadra Lewis and Ta’Sharri Grimes have also played big roles this year as well.

“Any ballgame, we’ve got about five kids who can step up defensively and offensively, right off the start. Those first five we put on the floor, we match up with everybody,” Harris said.

Ellwood doesn’t have as many seniors, but the Eagles also have several players that can spread the floor. Loveless Craig has been the team’s leading scorer since officially joining the team after the first semester of school, but ninth grader Justin Bufford and junior Chris Lee have also been go-to scorers.  In their win over Shades Mountain Tuesady, Duantrey Franklin led the Eagles in scoring.

One of the biggest X-factors every team faces during this round of the playoffs are the bigger gymnasiums. Walker and Harris have talked to their teams about how a bigger gym can affect depth perception and throw off shooting percentages.

If they win, Ellwood and Selma will move on to play in the Central Regional final on Tuesday.