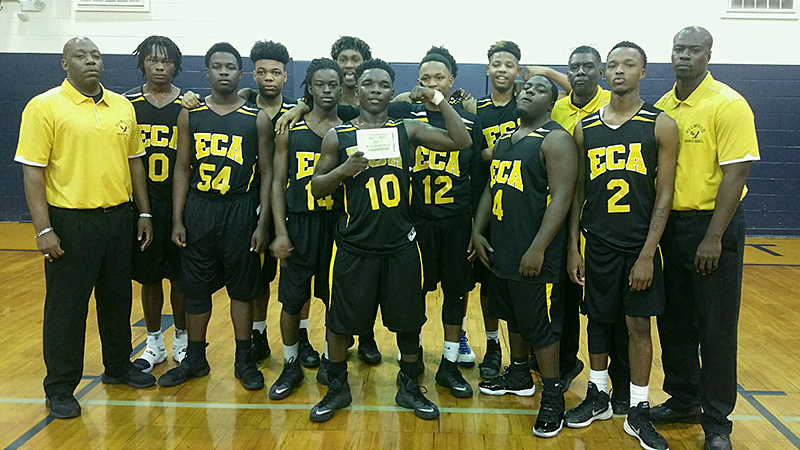 Ellwood Christian coach Darrell Walker refers to the Autaugaville High School gymnasium as “The Box.” He describes it as noisy, loud and as a pain in the neck for his Eagles because Ellwood always struggles to win there.

“To go and win in “The Box” is monumental because like I said, we’ve never won up there,” said Ellwood coach Darrell Walker. “To come up there and win the area tournament at “The Box,” that speaks volumes.”

Ellwood and Autaugaville had split meetings this year with each team winning their home game in the series. Autaugaville won the right to host the area tournament by winning the coin flip tiebreaker. Perhaps it was fitting that Ellwood had to win at Autaugaville to win the area title.

Duantrey Franklin flirted with a season high with 16 points and he also added 7 steals. Loveless Craig had a double-double with 13 points and 10 points.

“This week we’ve been preaching all week that we’ve wanted to get our seniors to play one more time at Ellwood Christian Academy,” Walker said. “Now that dream has become a reality. “