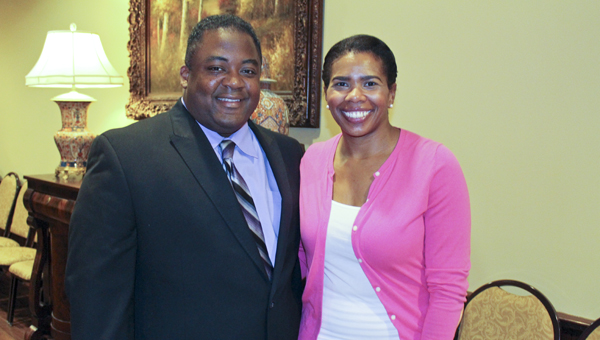 Plans are coming together for a mayoral election forum. Darryl Hood with WAKA News will moderate the debate, while Auburn University’s Bridgett A. King is working on the questions.

The five candidates running for mayor of Selma gathered Thursday to answer any questions about next Sunday’s election forum.

The forum is being hosted by One Selma and will be Sunday, July 31 at 3 p.m. at Selma High School’s auditorium.

The debate will be moderated by Darryl Hood, an anchor for WAKA News.

Auburn University’s Bridgett A. King, an assistant professor in the department of political science, is compiling questions for the debate. Members of the public could submit questions last month online and over Facebook.

Both Hood and King were present Thursday to answer any questions candidates had about the forum.

“We don’t want to see one candidate win, we want to see the city of Selma win,” Light said about why One Selma decided to host the forum.

“I want this to be an educational experience for students. I want them to see government at work,” Light said.

In addition to the previously submitted questions, more will be taken as people walk into the forum.

After the 3 p.m. mayor forum, the Links of Selma are planning another forum for council president and council members that would begin about 5:30 p.m.