By BLAKE DESHAZO | The Selma Times-Journal

Dr. Kirit Chapatwala, a long-time member of the Selma City School Board, will no longer be seeking reelection. Chapatwala, who was scheduled for a runoff against Danielle Wooten for the district 1 seat, announced his decision Monday to end his campaign in a letter to the Times-Journal. 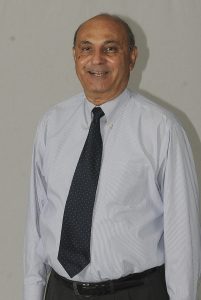 “After careful thought and much prayer, I have decided to terminate my campaign” Chapatwala wrote.

“It has not been an easy decision because I care about the future of our students for whom our schools exist and those who supported me through prayer, campaign work, their votes and daily encouragement.”

Chapatwala served on the school board for a total of 13 years.

“My campaign was not about money, power/control, revenge or political/personal agendas but was about the education of our youth,” the educator wrote.

Chapatwala, who was in a three-way race in August, earned 33 percent of the vote in the municipal election, while Wooten earned 48 percent. The third candidate, Bailey Dawson Sr., garnered 18.5 percent.

“I wish him the best of luck, and I look forward to working with him,” Wooten said. “I’m willing to work with him, and I will have an open door to him if he has any suggestions, any advice to provide.”

Despite being the last candidate standing in the race for the district 1 seat pending Chapatwala’s official withdrawal, Wooten said the pressure is still on.

“From the aspect of campaigning, it takes pressure off, but of course when we look at the next four years of service on the school board, we have a lot of work to do,” Wooten said. “We’re starting a whole new race trying to work with the other members on the school board in trying to get our school system to be one of the best systems in the state.”

Chapatwala said he intends to officially drop out of the race Tuesday. It is unclear if Chapatwala’s name will remain on the ballot for the Oct. 4 runoff.