Valley Grande Mayor Wayne Labbe will not be seeking reelection. 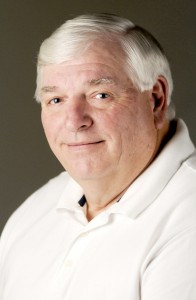 Labbe, who has served as Valley Grande’s mayor since 2012, said he decided Tuesday morning that he wasn’t going to run again. At age 66, he plans on being fully retired.

“When I sat down and thought about it, after another four years I’d be 70 years old,” Labbe said. “I think it’s time for me to fully retire.”

Labbe had actually qualified to run for reelection, but left open the possibility of not running. On Tuesday, he decided to withdraw his name from consideration.

“It comes to a point where you want to sleep late in the mornings and get up and do what you want to do,” Labbe said.

Labbe worked at Bush Hog for 42 years, including two of his four years as mayor. He’s lived in Valley Grande since 1977.

“I still have projects on my plate at home that I haven’t got done yet,” Labbe said.

Labbe said during his four years Valley Grande improved its T-ball program, which went from 88 players last year to 140 this year. The city spent $140,000 on lights to put on the baseball field so children could play games at night.

Valley Grande also managed to get out of debt. The city had a debt of about $200,000 when Labbe first took over.

“There aren’t many cities you can say are out of debt,” Labbe said. “We’ve got as much money in our coffers as a full year’s budget right now.”

Labbe said the city paid off that debt in a lump sum last year.

“When you don’t have that payment starring you in the face, you can actually put money back,” Labbe said. “I feel like we’ve laid the groundwork for the new mayor and new council. They are going to have more opportunity than I did and my council did because all of the monies that are available in the coffers and being out of debt.”

Labbe said if nobody else had decided to run for mayor, he would’ve run again for the sake of the city’s future. Without Labbe, there will be two candidates — Matt Dobbs and Barry Hilliman.

“I qualified and if nobody had qualified to run for mayor I would’ve run,” Labbe said. “I wanted to leave the door open because I didn’t want to leave the city in turmoil without a mayor or anything like that.”

Labbe’s term as mayor will officially end Nov. 1. Before that date, he still has several things he wants to complete. Most importantly, he has to lead the city in creating a budget for the next fiscal year by Oct. 1. He said the discussion on the new budget will include whoever the mayor elect is at that time.

“The two fellas that have signed up to run for mayor are a good bit younger than I am, and I think that’s what the city needs,” Labbe said.