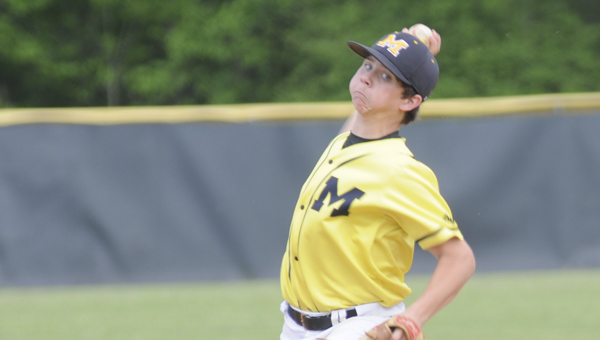 The first three batters for the Meadowview Christian Trojans baseball team scored. The Trojans didn’t slow down the entire game, beating the Victory Millbrook Eagles 14-4 Tuesday at Meadowview. After getting out to a big lead, Meadowview coach Lebo Jones was able to play some of his players who don’t often receive as much playing time.

“Jeremy Lee pitched great,” Jones said. “We got to play a lot of everybody off the bench today and everybody got to play. It was a good game.”

Chambers McGilberry, Mason Kendrick and Lee each scored runs in the first inning to put the Trojans ahead 3-1 at the end of the first inning. After allowing a run to Victory’s first batter, Lee didn’t allow another run until the fifth inning.

Lee struck out two more batters in the top of the third inning, as he finished off his second straight one-two-three inning. The top of the order continued to produce for Meadowview in the bottom of the third inning. McGilberry hit a triple. He was batted in by Kendricks, who scored on a Lee RBI triple. McGuire scored his second run of the game to give the Trojans another four-run inning to lead 11-1.

Jones said he’s watched the younger players on the team grow, and it makes him optimistic for the future.

The Trojans still have a chance to make the playoffs, but need to win a regular season finale doubleheader Monday against Victory Mississippi.

“We’ve got to win both our games Monday to make the postseason and have a chance,” Jones said.