Eagles fall to Billingsley in baseball 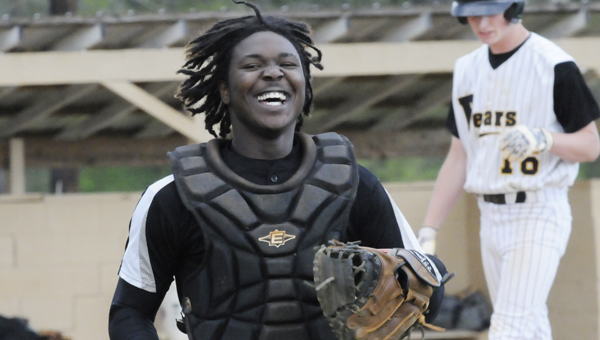 Ellwood Christian catcher Rayford Mitchell reacts to a play at home plate in the second inning of Tuesday’s game versus Billingsley. On the play, Mitchell dropped a throw from pitcher Jalen Furlow and a run scored for the Bears. –Daniel Evans

The Ellwood Christian baseball team played its final home of the year Tuesday, falling behind Billingsley 11-3 before a thunderstorm forced the game to be called in the fifth inning.

Jalen Furlow started and pitching all four completed innings for the Eagles, who were tied 2-2 in the second before the Billingsley’ bats awoken. Rayford Mitchell hit a two-run double in the opening inning to tie the game 2-2 and later hit a deep fly ball to centerfield that threatened to fly over the fence, but was eventually caught by the Bears.

Gary Crum also had a RBI on a single in the third inning for Ellwood.

The game was played with a quick pace, in anticipation of the storms that were racing towards the area. Once the rain arrived, the game was called, but was still ruled an official contest.

Hornets shut out by Elmore County