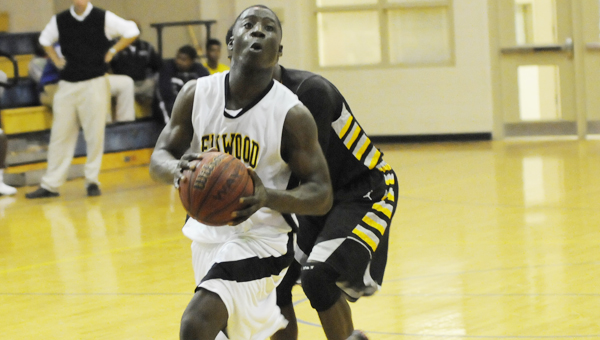 ORRVILLE — Ellwood Christian knows it has a tough road ahead if it wants to make it through the Class 1A, Area 5 tournament to keep its season alive.

On Tuesday night, the Eagles won their opening game of the tournament against Billingsley 76-58 to advance onto the semifinals.

“We picked up our intensity a little bit,” Ellwood Christian head coach Steven Hendrieth said. “We came out sluggish and overconfident I guess. I saw a lack of energy so we corrected that at halftime.”

The game was tied 13-13 after the first quarter but the Eagles took a ten-point lead into halftime and used turnovers to turn the game into a blowout in the third quarter.

“In the third quarter, we started playing more to their tempo than the tempo we normally play at and tried to force some things that just weren’t there,” Billingsley head coach J.T. Lawrence said. “The turnovers kind of fell in their favor and they got some easy buckets off of it and were able to go on some runs.”

The Eagles started out the second half with a small run to take a 14-point lead, but the Bears refused to  go away and cut the lead back down to ten at 50-40.

Ellwood answered with a run of its own.

Jalen Furlow, drove for a layup to make the Eagles lead 12 and Marqueith Gullett hit a three on Ellwood’s next possession.

On the next Billingsley possession, LaDarrius Parker got a steal and ran the length of the court for a wide open dunk to push the lead to 17. Tyrese Moseley hit a big three seconds later and Ellwood’s lead ballooned to 20 in a little over a minute of action.

From that point on, the Eagles lead stayed around 20 as they held on for a big win.

Furlow led the Eagles with 19 points.

“They played a lot better. [I’m] still not satisfied,” Hendrieth said of his team’s effort. “[There’s] a lot of things we have got to take care of, turnovers at the end of the game that could probably come into effect in a much tighter game so we need to sure those up.”

Tuesday’s game was just the beginning of what the Eagles hope is a three-game run through the Class 1A, Area 5 tournament.

The majority of the Eagles losses have come by single digits and both games against Keith, who they play Friday, were close games. Hendrieth said his team will be up to the challenge Friday night at Keith. He expects his team to play loose because they have nothing to lose. The winner of Friday’s game will move onto the next round of the postseason and will get a chance to play for an area championship.

“We are looking forward to it. We’ve two good battles with Keith, single digits both times,” Hendrieth said. “We have nothing to lose and we are coming into their place, a tough environment, but we are up to the challenge.”

Friday night’s game between the Bears and Eagles will start at 8 p.m. Keith’s Lady Bears will also play Friday night against Billingsley at 6:30 p.m.