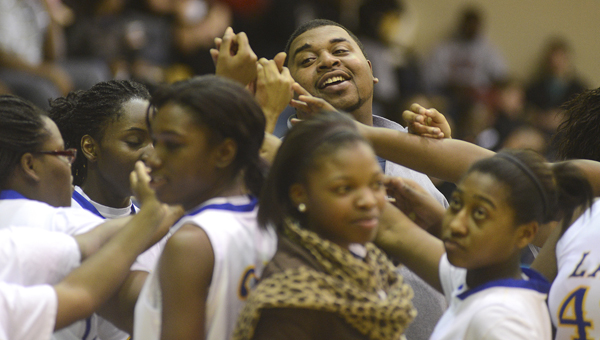 “We played horrible,” Williams said seconds after the clock ran out in their 54-42 win Friday. “Our aggressiveness defensively was lacking, and then rebounding we did a poor job of boxing out. All over our team effort just wasn’t there.”

Keith found itself ahead of Billingsley 22-6 after the first quarter, but that would be its biggest lead of the game.

Williams said that early lead might have actually played a part in what he described as a lackuster performance from his team the rest of the game.

“We had a good start throughout the first quarter, but I guess with that lead I guess we just got sloppy,” Williams said. “That’s not how you are going to win games.”

The Lady Bears were led in scoring by a trio of players; Rodaisha Holman scored 12 points — all of them in the first quarter — Harriet Winchester had 11 points and Zykia Pettway added 10.

“In a game like that we thought might be sloppy, we actually came out and did a good job,” Keith head coach Tommy Tisdale said.