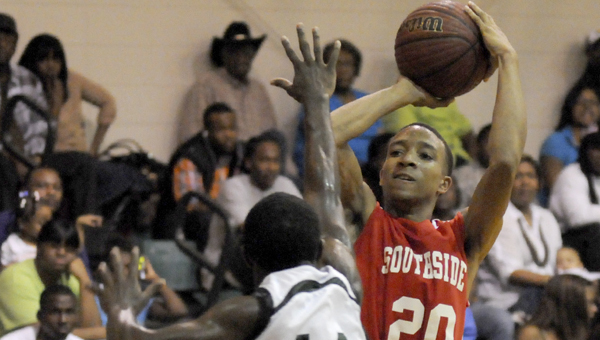 Southside and Dallas County will be among the more than 15 teams participating in the Selma High School Summer Basketball Explosion next Thursday. — File Photo

This summer there are plenty of options for those who are not willing to accept the fact that the regular winter season for basketball came to a close back in March. With the launch of the Selma High Summer Basketball Explosion, those in the community can come out to watch and support their favorite high school basketball teams while they play local rivals.

More than 15 different teams from the Black Belt region will compete in the Summer Basketball Explosion this summer, making the program even more fierce and competitive than previous years.

The event kicks off on Thursday, June 6 at 9 a.m. and will continue through 6 p.m.

Selma High School basketball coach Woodie Jackson has had plans in place for several months for the upcoming Summer Basketball Explosion event and said more teams can compete at the Selma High facility because they now offer two gyms.

“We talk to the other coaches, especially down at Keith, and we always go participate at his play day and at Southside,” Jackson said. “This year, since we have the two gyms, we decided that we will have one big play day, and we have about 15 or 16 different teams from different parts of the state to participate.”

In addition to those games at Selma High School, there will be one game at Concordia College Alabama. Admission for all games will be $2 and the games are scheduled to tip off every hour throughout the day, with each team competing, playing a total of four games in the event.

Jackson said Selma is no stranger to hosting events of this kind and two years ago Selma hosted an event at R.B. Hudson Middle School while the new Selma High was under construction.

He explained this is just another opportunity for him to work his team and get them exposed to the competition for the upcoming season.

“During the summer, with all coaches but especially us — we are going to have a very young team next year,” Jackson said about the Saints. “Some of the young men are coming back from last year’s team, but this is going to be the first time that they will really have a complete year on varsity.”

Jackson said his team will compete in four other play days throughout the summer from Marion to Homewood.

Those teams participating include all of the local schools within Dallas County such as Selma, Keith, Dallas County and Southside.