Coach of the year: Crum building a dynasty 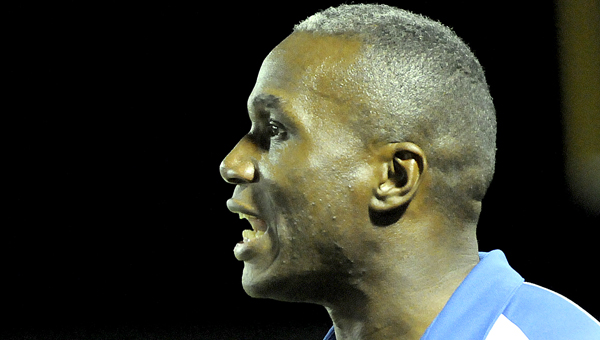 The Times-Journal has named Keith High head football coach Harry Crum as the 2011 coach of the year. -- File Photo

The difference between winning and losing in football can be determined by a number of different factors, but Keith High School head football coach Harry Crum knows that winning, just as anything worth striving for, starts with work.

Crum coached the Bears to an 8-3 finish, including an undefeated home record, and another berth in the Alabama High School Athletic Association Class 1A state playoffs.

Crum said the quest for success on the field is almost a year-long process and takes a lot of hard work.

“We set a goal early on to get better and do better than we did in the previous football season,” Crum said. “We’ve a theme down here and that theme is ‘work.’ We feel like no positive change happens without work. That’s what we set out to do. About the 9th of January, a new season will begin again. I realize that championships are won not necessarily beginning in August, but beginning in January through August.”

Crum’s Bears are known for their Wing-T offense, sometimes confusing opponents with misdirection and fakes, and other times just pounding the football straight at the defense.

It’s something that’s ingrained in Keith’s players from the time they begin playing for the school’s middle school team to the time they take the field on Friday nights.

“The kids love it, the counters, the traps, the fakes and misdirection,” Crum said. “They have a good time with it and they believe in our system. We’re not at the point where I’m satisfied with it. I’ve seen it run before where it’s just a thing of beauty and that’s where I want to get us.”

But success goes beyond the field.

Crum teaches his players that the qualities they gain on the gridiron at practice and in the stadium on Friday nights are qualities that will help them in the game of life.

“I talk to them a lot, and I think if you’d talk to them, they’d say I preach to them,” Crum said. “Before we start practice every day we huddle up and everybody takes a knee. That’s when I have my chat sessions, before and after practice, and I just tell them different things about life. I tell them, and they may look at me as if I’m crazy, football has very little to do with football. Football has a lot to do with life, has to do with work ethic, discipline, responsibility, commitment. All of those are factors that are going to play a big part of your life after you leave football.”

Crum said his family is also a big part of his success, from his father Jimmy Lee Crum coming to games to show support to his wife and children who are very much a part of the Keith program.

“Having a supportive family is important to success on the football field,” Crum said. “My wife Samantha and my son Bryan and my daughter Shannon — Shannon’s a cheerleader for Keith High School, Bryan is one of the middle school players. All of them are enthusiastic about Keith High School football and that makes a big difference for me. It helps us and encourages us. It plays a big role in what I do.”

Crum’s players see their coach as a great leader who inspires them to strive for success.

“He’s a good coach,” said Larry Molette, senior lineman for Keith. “He lets you know, you goof off or whatever, but when it’s time to play, it’s time to play. Like he says, ‘what’s the word?’ And the word is work.”

“He’s a good coach,” Tolbert said. “He keeps everybody in line and helps us work hard for the future.”

By Robert Hudson The Selma Times-Journal   The talent on the gridiron in Dallas County doesn’t stop at the 14... read more