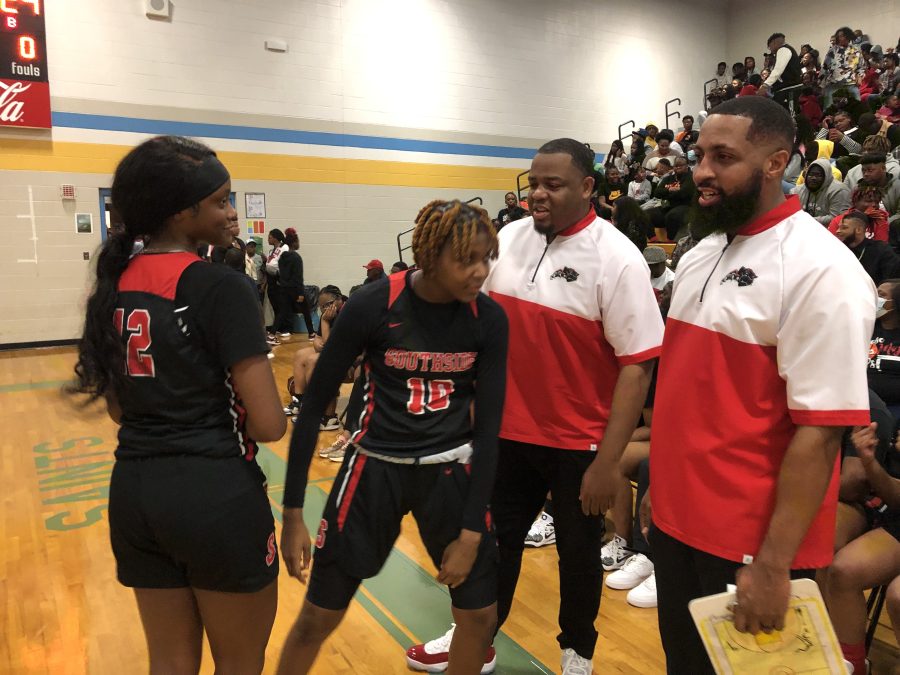 The Lady Panthers scored 17 of the game’s first 20 points, en-route to what appeared was a commanding 24-7 halftime lead over their biggest crosstown rivals.

Edwards and Shamaya Allison were a strong one-two punch for Southside in the first half. Allison finished with nine points, doing most of her damage in the first two quarters.

Southside took a double-digit lead into the fourth quarter, but the Lady Saints fought back.

Jamiria Jackson ignited Selma, scoring seven of her team-high 16 points during a 11-2 run as the Lady Saints got within 36-29 with 3:00 left.

The Lady Panthers, ranked sixth among Class 3A girls by the Alabama Sportswriters Association, held on for the win.

“Selma played hard, we played harder,” Edwards said. “We were ahead, Selma tried to catch up, but we held them off. It feels great to beat Selma all season long.”

Southside won the first game between the two teams last month during the season and at the Dallas County Schools Girls Basketball Tournament.

Remarion Coleman scored of his game-high 14 points in the game’s first eight minutes.

Roosevelt Towns III scored five of his team-high 11 points in the second quarter to keep Southside in the game.

The Saints took control in the third quarter, building a 33-22 advantage.

Southside made a last-ditch effort in the fourth quarter getting within eight points.

But Deshawn Flannigan, Toshad Ruffin, Todd Young, Taylor each made key baskets for the Saints.

DaKaari Nelson, who signed a football scholarship with Penn State last month, had two thunderous slam dunks for the Saints. Nelson is The Selma Times-Journal football player of the year.

Selma coach Darron Rembert said he was pleased with the Saints’ win over Southside.

“This was a rivalry game and the players were looking forward to it,” Rembert said. “We needed to prove ourselves. They came out and played hard.”