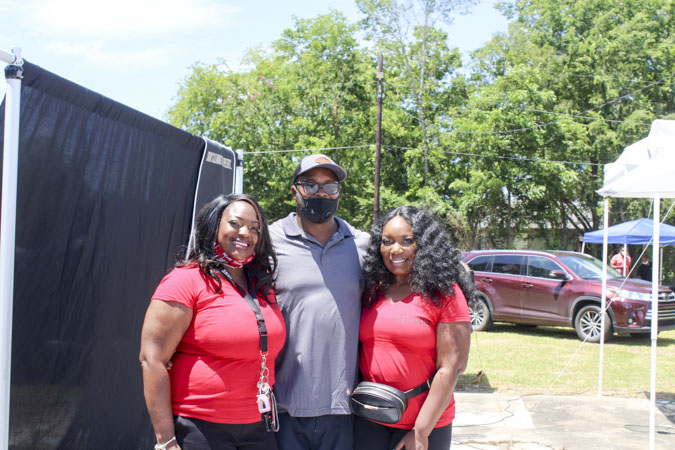 Tuesday was the second annual LeMarkus A. Snow Day.

Snow said he appreciates getting recognized by the Selma city council for his tireless work in the Queen City.

“I want to Thank The Selma City Council for making January 3rd Lemarkus A Snow Day in Selma forever,” Snow said. “This means so much to me all the hard work, blood, sweat, and tears I’ve put into Selma these last three years.”

“The city is grateful for you and all of the services you provide,” Young said.

“The City of Selma is blessed to have a loving citizen like LeMarkus Snow,” Wimberly posted on Social Media. Keep up the good work and maybe one of these days we will make sure our citizens realize that curbside appeal is needed in all of the neighborhoods.”

Snow said his journey began at the end of the Darrio Melton Mayoral Administration almost five years ago.

“When the Melton Administration laid off 65 workers mostly in Public Works I left my job at Hyundai and started Project Clean Up Selma to assist with some of the worst conditions Selma has ever had,” Snow said. “Never did I imagine that I’d be starting one of the most powerful movements in the history of Selma.”

“I became a voice and community leader,” Snow said. “So much progress in all areas around the City followed.’

Snow said his work is far from over.

“Selma is on the way, but there’s a lot of work left to be done,” Snow said. “Selma has a long way to go and I stand beside the process. My mission will keep going until I can’t fight no more. Selma must get better for our kids and grandkids.”

Snow said that January 3 will always be a special day in his family.

“January 3 is a Day that my children, grandchildren, and family can celebrate when I’m gone,” Snow said “I just love serving my city and the appreciation that followed yesterday went viral I got over 1,500 birthday posts on my social media wall. It feels so great to be honored and recognized by so many City leaders and Top Businesses in Selma. The year 2023 will be a great one for the city of Selma.”