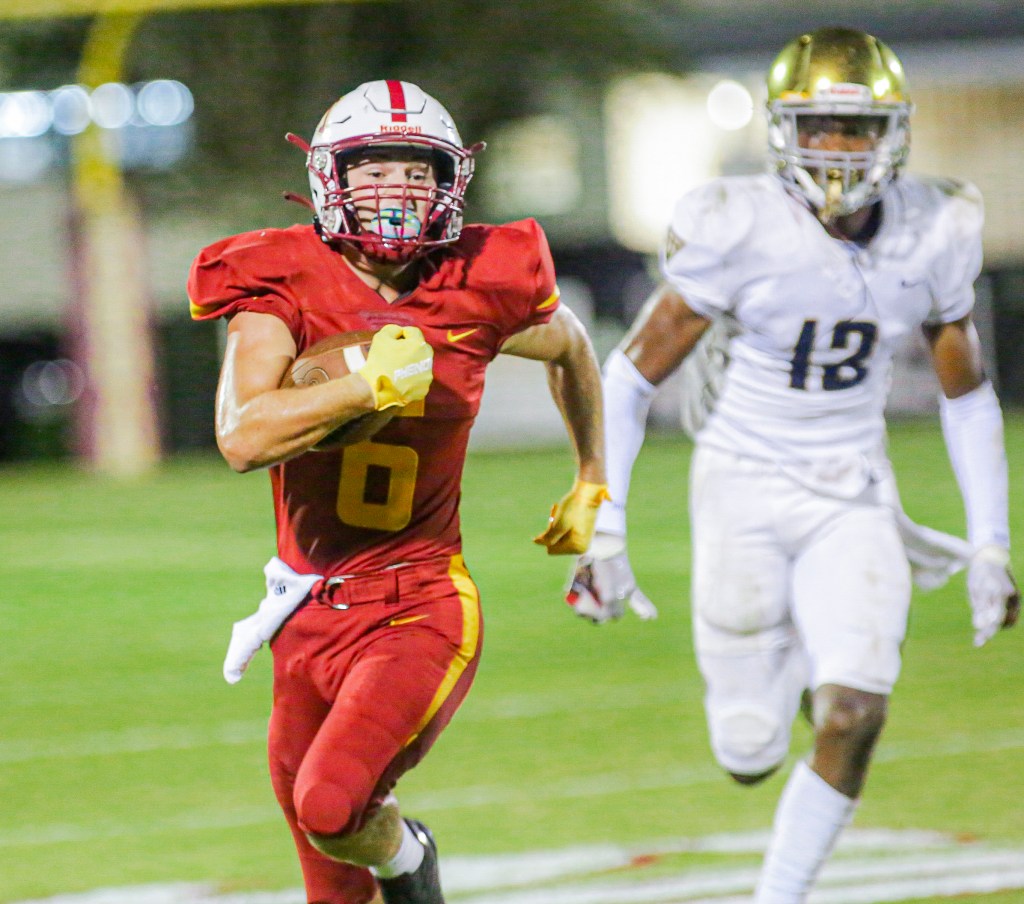 Morgan Academy rode its running game and defense to knock off Valiant Cross.

Running back John Allen Ingram ran for 125 yards and scored two touchdowns as the Senators prevailed 20-0 on Friday at Morgan Field.

The Senators (1-1, 1-0 Region) won their first game of the season as the whole team saw action.

“Everybody played well,” Senators coach Danny Raines said. “I’m proud of the whole team. They worked their tails off.”

Ingram, who ran for over 70 yards in the second half, also credited the Senators for delivering in the clutch.

“It was a great win,” Ingram said. “The team came together this week.  The young players stepped up. I couldn’t be more prouder of them.”

Morgan Academy took a 6-0 halftime lead on TB Clements’ 24 yard TD pass to Rhyne Williams, who made a leaping catch over a Warrior defender.

Valiant Cross (0-1) reached inside Morgan Academy’s20-yard-line twice, but the Senators’ defense turned the Warriors away both times.