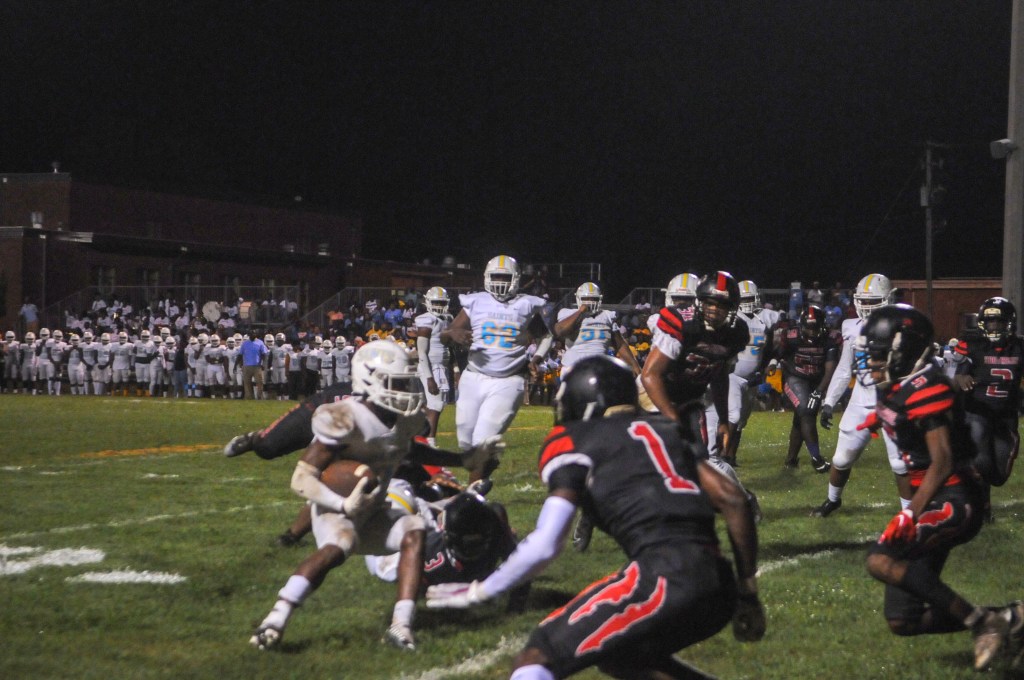 The Saints scored four fourth quarter touchdowns in a 36-8 victory over Southside on Friday night at Panther Stadium.

The game was delayed 75 minutes because of heavy rain this week.

It took over an hour to get the field ready.

Southside was going for a third straight victory over the Saints (1-1), but the Panthers were denied.

The Panthers played the second half without their best player, wide receiver Derick Smith, who got ejected late in the first half.

Selma took its first lead at 6-2 when Nelson returned a Smith fumble 35 yards for a touchdown.

The Panthers had a chance to increase their lead in the second quarter, recovering a fumble at the Saints’ 39-yard-line.

But five straight penalties and one that led to Smith’s rejection kept the Panthers from increasing their lead.

Selma nearly grabbed the lead at intermission, but was stopped inside the Panthers’  5-yard -line as time expired.