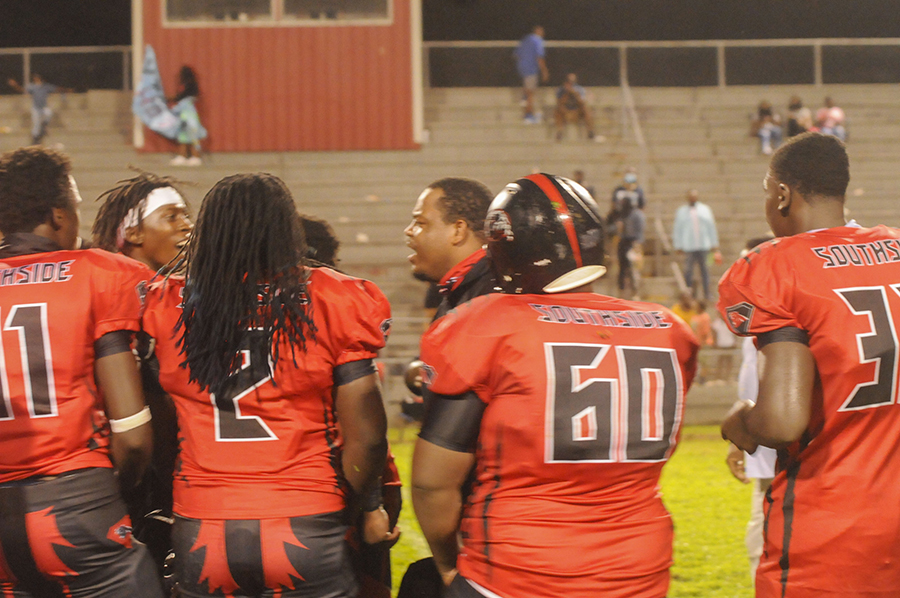 The Panthers will get a chance to make history Friday night when the Saints visit Panthers Stadium for a 7 p.m. kickoff.

Selma coach Wil Gandy is already fired out for the contest between crosstown rivals.

”It’s our time, I have nothing  to say about that school across the water,” Gandy said.

“We are very excited about this game! It’s an honor to be part of this rivalry, The Battle of the Bridge, The Queen City Classic,” Moody said.

Selma (0-1) is coming off a 21-16 loss at Beauregard in its season opener last week, which Gandy said mistakes and missing two offensive line starters were the difference.

“The kids played hard. We played without our Left guard and tackle,” Gandy said.

“Overall Beauregard played four quarters and we didn’t. However I saw a lot of great things on both sides of the ball.”

Moody said that the Panthers expect the Saints will bring the intensity.

“We know Selma has experience, great athletes, and they are always big,” Moody said. “They have added coaches to their staff as well! We know it will be a tall task! We are young and inexperienced and trying to grow into a football team.”

Both teams have Division I prospects.

Southside is led by sophomore wide receiver Derick Smith, who has a scholarship offer from Alabama.