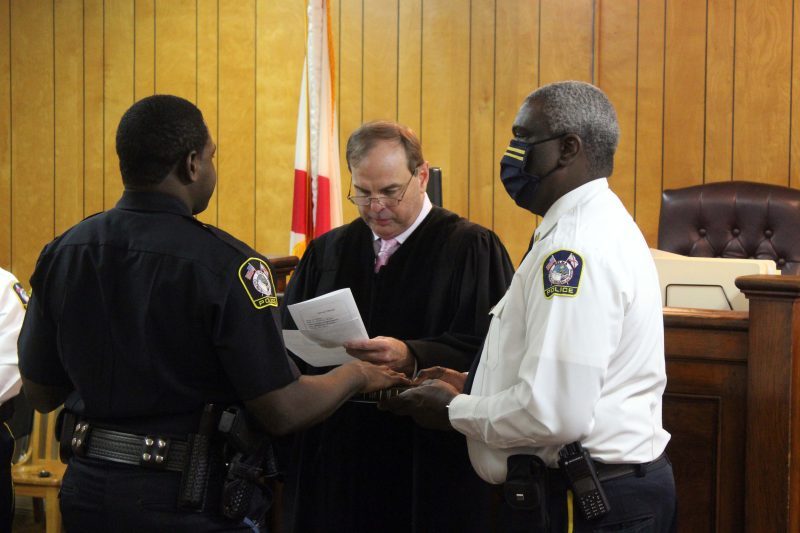 Joseph Hagood III is remembered in Selma and Dallas County as more than an Attorney and Municipal Court Judge. Family and friends remember Hagood for his warmth and generosity.

Funeral services for Hagood, who died July 7, will be Wednesday, July 13, at 1 p.m. at Cornerstone Presbyterian Church, where he was a lifelong member. The Rev. Steve Burton will officiate the service. The family will receive friends beginning at 11 a.m. in the Warren Room at the church.

Sandi Nichols, who grew up with Hagood, remembers her longtime friend. They were 1986 graduates of Morgan Academy.

“To know Joe, you just gotta love him,” Nichols said. “He loved his kids with everything he had and he loved the MCS kids. He was always great.”

Hagood is remembered for his competitive spirit in the courtroom, both as attorney and a judge.

“We remained good friends after he ran against me,” Jackson said. “I knew him and his family very well. A great loss for Dallas County.”

“Judge Hagood served the City of Selma many years as a Municipal Judge,” Young said. “The City is very grateful for his service.”

Hagood was a graduate of Auburn University at Montgomery, where he was a Pi Kappa Phi Fraternity member. He obtained his Juris Doctorate degree from the Jones School of Law; then returned to Selma, where he opened his law practice in 1996 and was appointed as Municipal Judge for Selma in 2008.

“Hagood was a lawyer who fought for his clients and a judge who sincerely wanted to be fair,” said State Rep. Prince Chestnut. “He would sometimes ask me how did I think he was handling the job and how he could do his job better.

“He was always eager to help at the municipal court. He was someone that if you helped him, he would return it to you threefold. He was always hands on with his children and a good father. He had a heart for all people and liked everyone. He was always for the underdog.”

In lieu of flowers, the family requests memorial donations be made to Cornerstone Presbyterian Church; 301 Broad St, Selma, AL 36701.