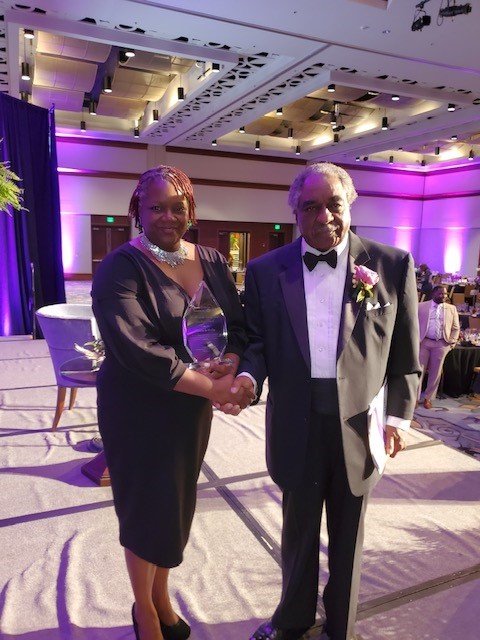 Hollie was named one of the Honorable Charles Price Excellence Awardees.

“This recognition encourages and humbles me,” Hollie said. “I don’t do what I do for recognition. I do it because helping people who can’t, or don’t know how, to help themselves is something I decided as a child that I wanted to do with my life. It is a passion and an honor – an honor that is not given to many people.”

“The recognition is not for me alone – it is for every employee, board member and funder of Legal Services Alabama,” Hollie said.

Hollie received cash for her honor and she donated the proceeds The Joshua House – a faith based halfway house dedicated to helping men rehabilitate emotionally and spiritually and re-enter their communities.

“I chose Joshua House because it helps men struggling with drug or alcohol addiction and spiritual or emotional hurt. This program is needed for our men,”  Hollie said. “Organizations such as this are often overlooked for donations. There are several organizations with this mission that assist women, but we don’t hear as much about men’s organizations doing great work in the community.”