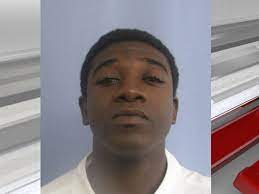 A man convicted of killing a Selma teenager 15 years ago escaped Sunday from a state facility in Mobile.

According to Dallas County District Attorney Michael Jackson and Alabama Department of Corrections, Jeffery Strugg, 31, escaped at 5:25 p.m. Sunday from a Mobile Community Based Facility.

Strugg pleaded guilty in 2009 to the shooting death of 15-year-old Dewone Smiley, then a freshman at Selma High School on December 22, 2007. Strugg was sentenced to 29 years in prison but assigned to work release.

“He clearly should not have been at a low-risk facility with as much time as he still had to do,’’ Jackson said. “This gunslinger should have still been in a regular prison with other murderers. Murderers should be in a regular prison. Somebody at the Department of Corrections dropped the ball.”