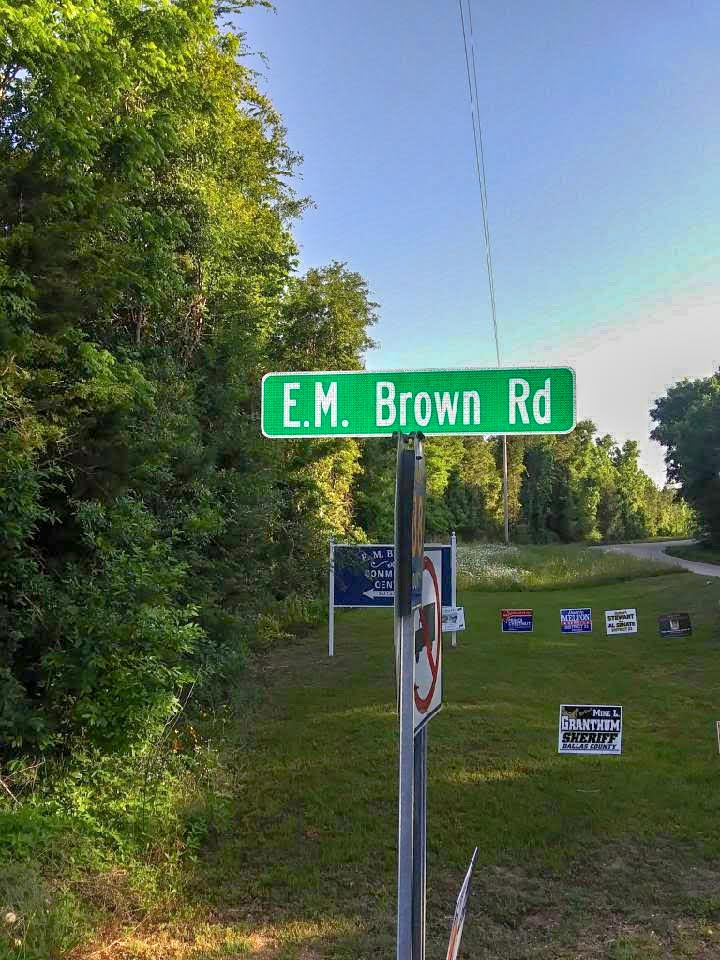 The City of Minter honored one of its former residents at its annual May Day event last weekend.

Resolution 2022-03-8 was approved at the Dallas County Commission meeting on Monday and adopted at its  March 14 meeting.

“I feel great about Minter May Day  especially with EM Brown getting a street named after him,” Towns said.

EM Brown Road is named after Emmanuel McDuffe Brown, a founder of the Street Manual Training School, a successful nationally-supported vocational training school for African-Americans. The school closed a few days before he died in 1960. Brown lived on the campus from the start and served as the school’s headmaster until he died.

Brown was born in Richmond, a small town in Dallas County on May 26, 1883. Brown graduated from Snow Hill Normal and Industrial Institute and Harvard University.

EMBCC Board member Chellette Henderson, said her family has a connection to Brown. “It’s heart-felt emotions, to know Emmanuel Brown,” Henderson said. “He was my Grandmother Electa Edwatds Armstrong’s uncle. Her mother Carrie Brown Edwards brother. So emotions run deep with me.  “He founded the school during the Jim Crow eras when it was hard, but he endured, with preservation and strong faith in God. Many alumni achieved by embracing the strong morals and principals learn on the campus. I’m grateful and proud of the name change.”

Henderson said the center is $20,000 short of reaching the goal to rebuild a center. She also credits State Rep. Prince Chestnut for helping them secure grants.

Selma AIR had a booth at the event. Classic cars and trucks, including brands from Chevrolet and Ford, were on display in addition to vendors selling hot dogs, hamburgers and barbecue.