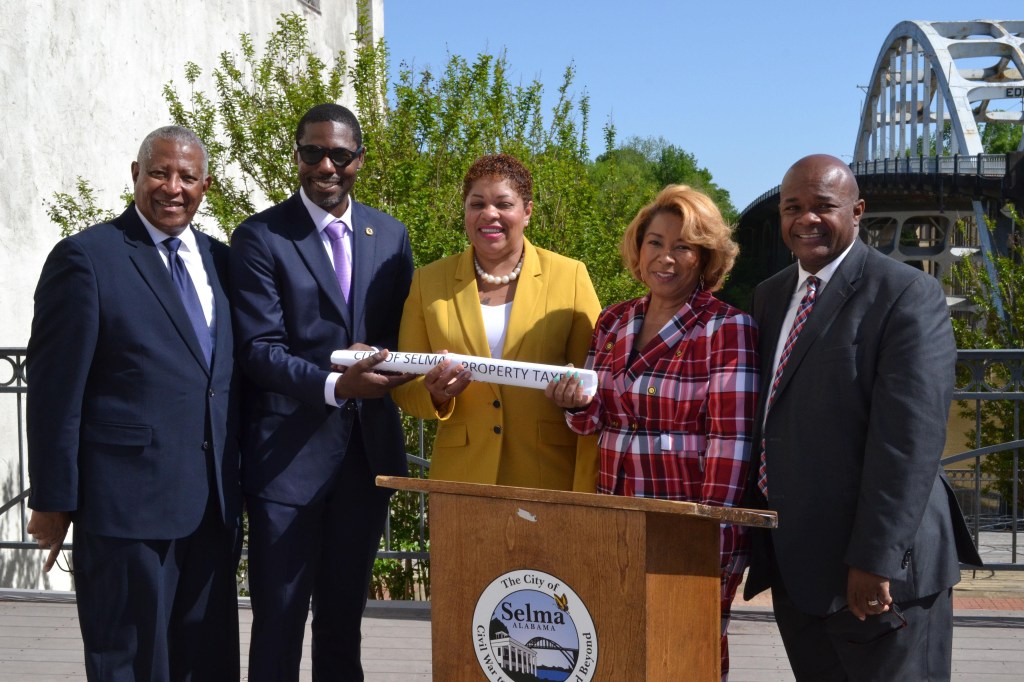 Selma Mayor James Perkins, Jr. said Selma was the only municipality in the state among all 67 counties that was collecting its own property taxes and that the entities involved have been working for years to implement this transition.

“This is a big deal,” he said. “Again, I thank the County for your willingness to work together with the City. We’ve done recreation together, and now, we’re doing taxes together. Listen, you ain’t seen nothing yet. We’re going to do a whole lot of great things together.”

Dallas County Tax Collector Tanika Wagner-Neely said it feels good to be part of the new norm with the other counties and that the change benefits the people in Selma and Dallas County by eliminating the need to pay portions of taxes in multiple locations.

“Selma-Dallas County, we have answered your calling about paying in one place,” she said. “You have one bill, and you’ll have one payment to make.”

Wagner-Neely added a sample tax bill will be posted on the County website.

Dallas County Tax Assessor Carroll Bonner said when talk of the transition began, she became emotional because she knew this merger needed to occur.

“After seeing other cities and counties merge, I knew it was a possibility,” she said. “We may have struggled to get this done over the years, but today is the day we say, ‘It is done, Selma! Dallas County, it is done!’ One stop, one bill and we’re going to make you as comfortable in this process as possible.”

Aaron Roper, City of Selma Tax Collector, said the City was in the process of preparing over 10,000 files for transfer to the County.

“What we want to do is we want to make sure we close out the tax season the right way,” he said.

Dallas County Probate Judge Jimmy Nunn said the transition marks a great day for the City of Selma and the County, and added when he served as City Attorney for 18 years, he had worked with previous administrations to attempt to accomplish this feat.

“It has always been hard trying to fit a square into a circle,” he said.