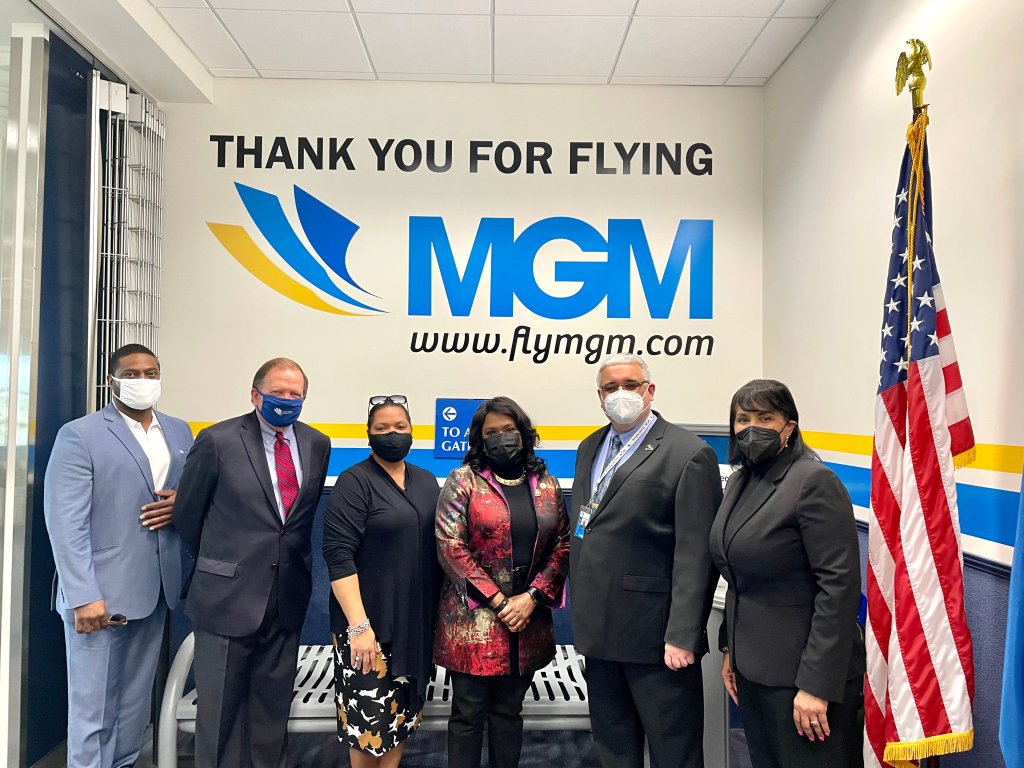 Sewell and MGM Executive Director Wade A. Davis held a press conference and announced that the bill will bring $140 million to Alabama’s airports for infrastructure development over the next five years.

Sewell said she was the only member of the Alabama Congressional Delegation to vote for the law.

“Alabama’s airports help keep our communities connected and play a critical role in the economic well-being of our state,” Sewell said.

“We must ensure they have the resources they need to deliver safe and efficient air travel for Alabamians and visitors alike. We’re building a better Alabama for all our people.”

Davis said the MGM is grateful for Sewell.

“The Montgomery Regional Airport is an important economic engine for the city and county, and we appreciate Congresswoman Terri Sewell’s commitment to improving the airport’s infrastructure and future improvement projects,” Davis said.

“Her dedicated support will ensure that all travelers flying to and from the Montgomery region will have an easier and safer journey.”

The Bipartisan Infrastructure Law will invest in the following:

-$15 billion for airport infrastructure grants under the Airport Improvement Program.

Haaland is the first Native American selected for the position for the White House Cabinet.