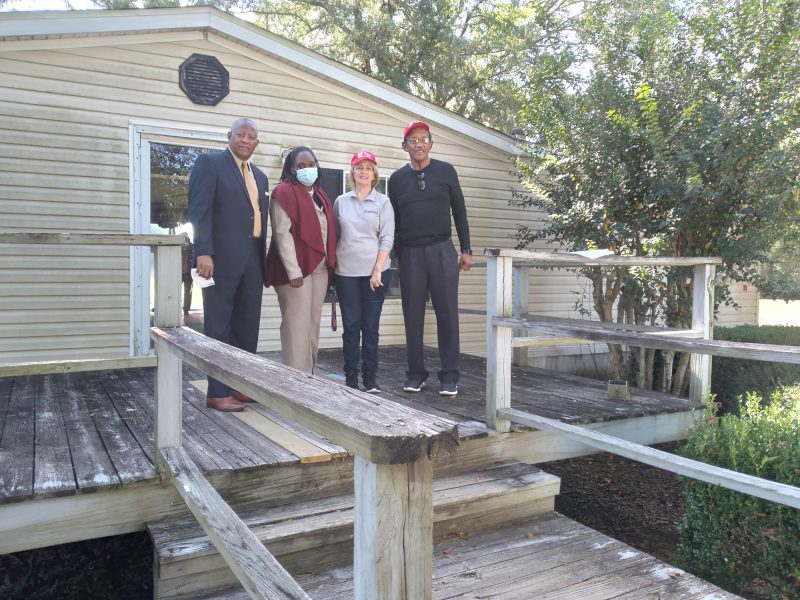 Members of the Selma and Dallas County community came together Wednesday morning to take advantage of some splendid weather, play a little golf and raise money for special needs children.

Former Selma Mayor George Evans founded the tournament. His motive was a love for special needs children he developed during a career as an educator.

Perkins praised Evans for staying involved in the community.

Evans spent 40 years in education, including four as chief academic officer of the Alabama Department of Education and seven as superintendent of Dallas County Schools. He served two terms as mayor of Selma starting in 2008.

“I want to just echo the sentiments by Sen. Fortier on the work that is being done for challenged individuals in our community,” Perkins said.

Perkins also presented Evans with a special coin to mark the occasion.

Evans was pleased with the turnout Wednesday.

“I’m more than happy,” the former mayor said. “We had more show up than we anticipated. I think we ended up with about 25 teams, that’s 50 people roughly.”

Organizers changed the fundraising part of the tournament this year via the addition of a matching funds program. Any money the benefitting agencies raised through sales of entries into the tournament, raffle sales or just donations will be matched by the tournament, up to a certain amount.

As in years past, the agencies will have to submit a report to a special needs board detailing what they plan to do with the money if it is awarded, and present another report later on how the money was spent.

“We felt like if we have a match, that would give the agencies themselves a chance to be involved,” Evans said earlier this year. “We felt we could get more money if we asked the agencies to participate and we could give more by matching their fundraising.”