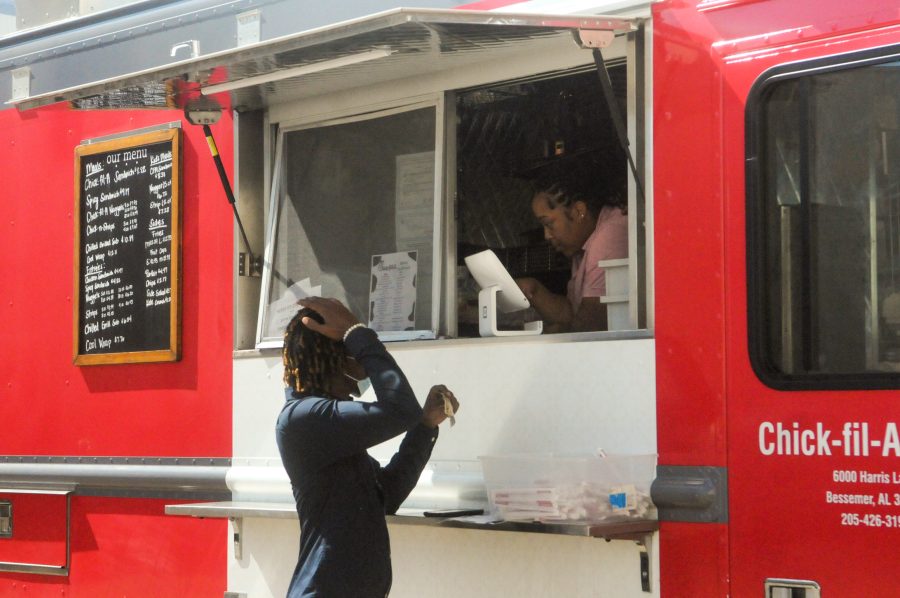 Selma and Dallas County residents will  have an opportunity to eat Chick Fil-A every Wednesday.

The McCalla Chick Fil-A food truck made its debut on Wednesday at the Selma Welcome Center.

Several Selma and Dallas County residents formed a long line around the corner of 14 Broad Street to get a taste of one of America’s top restaurants.

The Office of Mayor, Planning & Development, and Tax & License Departments worked with Brian Schubert, owner of a fleet of Chick-fil-A Food Trucks, to bring the vendor in the Queen City.

“Chicken lovers can officially rejoice as Chick-fil-A can be found within the Selma service area, we  are excited about this opportunity,” Selma Mayor James Perkins Jr. said.

Schubert said he is thrilled to have Selma on the list of cities in Alabama.

“This  food truck is another tool that allows us to expand our reach and serve the great taste of Chick-fil-A  not only in Selma, but to surrounding communities who don’t yet have a Chick-fil-A restaurant,” Schubert said.

Chick-fil-A spokesperson Andrea Coleman said Selma is the right fit for what the company wants to do.

“We’ve been trying to hit smaller towns and serve places like Selma and Centerville,” Coleman said.

Selma residents are excited with Chick Fil-A being in town once a week. They were glad not to travel past Dallas County to purchase a Chick Fil-A.

“Having a Chick Fil-A will attract more people and bring attention to downtown Selma,” Rachel Summerlin said. “It’s something different to eat.”

Added Jule Booker: “So happy to see this in Selma. Wish they were coming on Monday or Tuesday. Those are days that the Tally Ho Street Kitchen isn’t out and about.”

Eva Moore of Selma added that it’s a great chance for Selma to grow.

“It’s a big opportunity to Selma to expand,” Moore said. “We don’t have a lot of food choices in the city.”

The truck will be at the center every Wednesday from 11 a.m. until 7 p.m.

“What an exciting addition to our downtown,” Pat Crovato said.