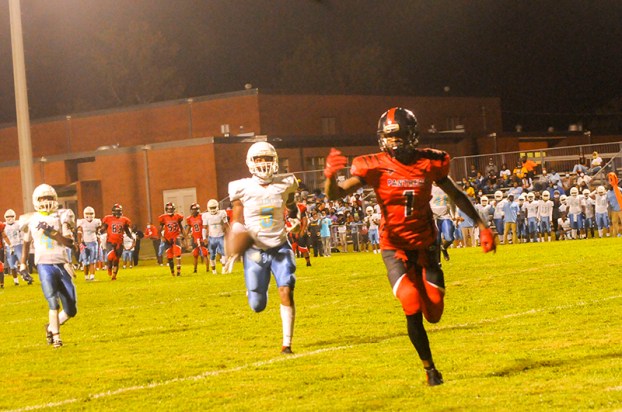 After playing three straight road games to start season, Southside will make its 2021 home debut when Hale County visits for a Class 3A, Region 3 game Friday.

Panthers coach Charles Moody said his team was looking forward to playing on its own field.

“I think the kids are very excited to come home and put on a show in front of their own fans,” he said. “We did play a game at Selma, and a lot of our fans came out for that one, but it’s a little different when you’re playing in your own place.”

Southside playing at home won’t be the only first Friday. The Panthers (2-1, 1-1) will also be trying to bounce back from their first loss of the season after falling to Montgomery Academy 49-26 last week.

He said the Panthers had a chance tie or take the lead when they had the ball at the Montgomery Academy 3-yard line late in the third quarter, but a penalty backed Southside up to the 8, and the drive stalled.

Southside turned the ball over on downs, and Moody said that killed his team’s momentum.

Still, he said the Panthers had reasons to feel optimistic despite the loss.

“That’s one of the best teams in the state in 3A, and we were right there,” he said. “It showed what our kids are and can be, and we can take a whole lot of positives from that game.”

Mariyon Johnson had a memorable night for the Panthers, catching three touchdown passes. He finished with three catches for 122 yards.

“He was awesome,” Moody said. “He’s a hard matchup for a lot of people. He has very good ball skills. He’s a 6-3 receiver who can run, so that’s kind of hard to deal with.”

Moody said Hale County was athletic and has some dynamic playmakers. He said the Wildcats have some receivers who can “go get the ball,” and this will probably be the best passing game the Panthers face all season.

On defense, Moody said, the Wildcats have some players who are athletic and fast and can “get to the ball. I think they’re probably a playoff team.”

“We want to get a lot of people involved where we can mix it up,” he said. “The run game is going to be critical for us.”

He also ran for a score.

The Tigers (4-0, 2-0) have played three games on the field this season, outscoring those opponents by a combined 153-65. West Blocton accepted a forfeit from Sumter Central on Sept. 3.

The Senators will be trying to bounce back from their first loss of the year, a 12-9 setback to Monroe Academy. Morgan Academy (2-1, 1-1 AAA, Region 2) needs to tighten up its defense on third and fourth downs after missing several opportunities to get stops last week.

A difficult season got even tougher for the Trojans last week. After giving up more than 50 points in each of their first three games, Meadowview Christian (0-4) fell to Sparta Academy 74-20 on Friday.

Lakeside has played one game on the field this fall, a 26-14 loss to Coosa Valley Academy last week. The Chiefs (1-1) accepted a forfeit from Cornerstone Christian on Sept. 3.