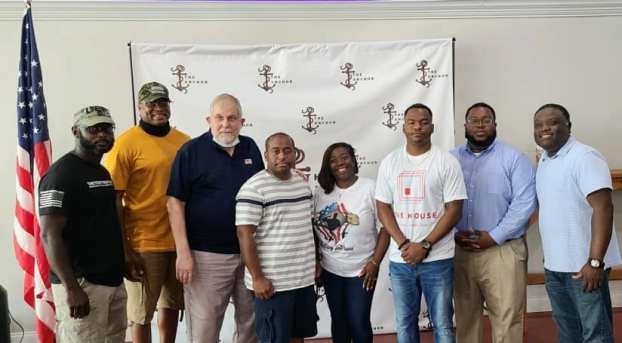 Retired veterans honored at the Anchor

Military veterans were honored at The Anchor last weekend.

Several Selma and Dallas County residents attended the meet and greet event. It was a strong turnout as over 100 people attended the event.

One House, Inc. and Restoring Veterans Hope Org partnered together for the event.

According to Marquis Neely, the purpose of the event was local residents to speak with veterans who sacrificed their lives in the military.

“I spent an amazing morning/afternoon honoring our Veterans. One House, Inc. and Restoring Veterans Hope Org,” Young said. “Mark Neely did an outstanding job recognizing our Heroes. Not only were our local Veterans present but the community showed up in great number. It was a great event.”

Selma City Councilman Clay Carmichael thanked the veteran for their service in the military.

Publix, Costco, and Harbor Freight Tools were among the organizations who donated gift cards.

Buffalo Soldiers Motorcycle Clubs from Montgomery and Fort Leavenworth Kansas both attended the event. Each club had strong attendance.

One House, Inc. thanked the supporters and those who attended the event.