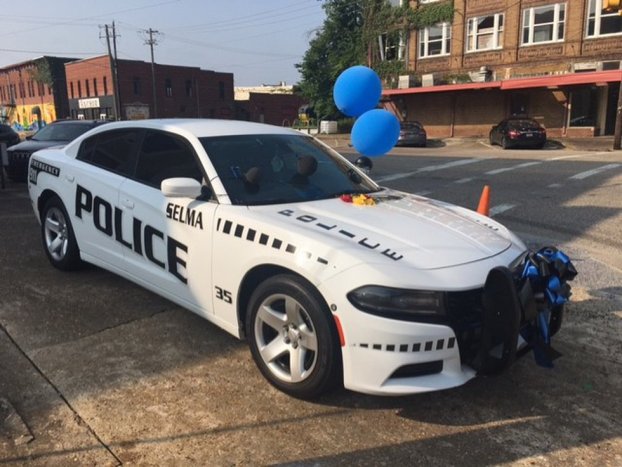 The City of Selma and the City Council agreed to increase the payscale for the Selma Police Department.

The city council unanimously agreed to suspend the rules and put the SPD on a competitive pay raise with the other police departments in the state.

Selma Mayor James Perkins Jr. recommended the council put it on first read, but they needed to take a vote.

Selma City Council President Billy Young said the pay raises will be between $12,000 and $18,000, depending on the classification.

“This makes Selma competitive and we e can now keep officers we have and recruit new officers.,” City Council President Billy Young said.

“The City of Selma must look out for our future, first and foremost,” Carmichael said. “We must protect our children and make Selma a safe place for them to grow up. That means supporting our officers who lay their lives on the line daily.

“Our community deserves this. Citizens and businesses are coming together, jobs are available, revenue is up, and as a community we are united to make Selma the beautiful, rich city we all know it can be.”

Young said the city council is living up to its goal, Public Safety being the top priority.

“I am so grateful to all of my fellow Council members for voting on this much needed Resolution. Until all of our citizens are safe public safety is still our number one issue.”

Selma Police Chief Kenta Fulford, who attended the city council meeting, said he’s pleased that both sides made the police department a priority.

“This will not only help us retain the officers that we have, but it will also make us become more competitive with other departments. We had a pay plan when I started in 2002. Now that it has been put back in place, I feel that this will serve as motivation for the officers. I want to thank the Mayor and city council for their support.”

“The police department salary and benefit upgrades are key to improving our ability to recruit and retain quality police officers,” Mayor Perkins said. “Chief Fulford and Assistant Chief Muhannad answered the mail. I asked for a plan that would not just get us level but would exceed all expectations. And they came through. Great teamwork between public safety, legal, and finance. Also, I appreciate the city council moving forward by approving the plan. Now that we have it, the next step is to sustain it, and I feel confident that the citizens see this as critical and will have no problem doing what is necessary to support public safety going forward. This is a huge step forward for Selma. We are fixing this together.”