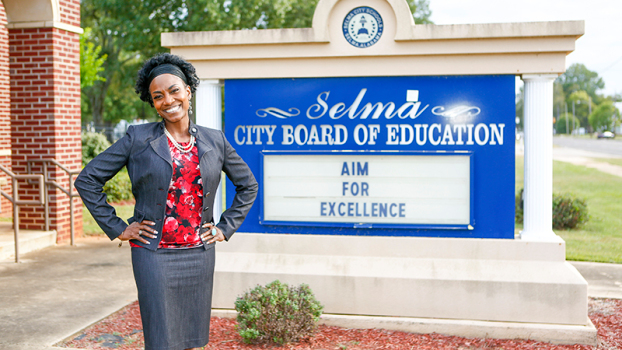 Selma City Schools Superintendent Avis Williams was selected vice president to the  Association for Supervision and Curriculum Development Board of Directors.

Williams will serve as Vice President for the 2021-2022 school year. She was among  four new members to the Board of Directors, along with nine returning members.

The fourth-year SCS Superintendent  said she’s grateful for the position in the ASCD.

“ASCD is a leader in teacher and leader development,” Williams said.  “It is an honor to serve on the board and I am elated to be elected as vice-president in the upcoming year.

Williams, who became SCS Superintendent in 2017, was selected to the Alabama ASCD board member last year.

Williams said she’s excited to work with the entire ASCD board.

“I look forward to working with the entire ASCD board, our state affiliates and members to support educators in the upcoming year,” Williams said. “I am optimistic that with our collective efforts we can accelerate learning for our scholars while also supporting teachers and leaders worldwide.”

Williams is a former assistant Superintendent for Tuscaloosa City Schools. Williams began her teaching career in 1998 at Huntsville City Schools as both a teacher and coach.

The Bloom House burns down