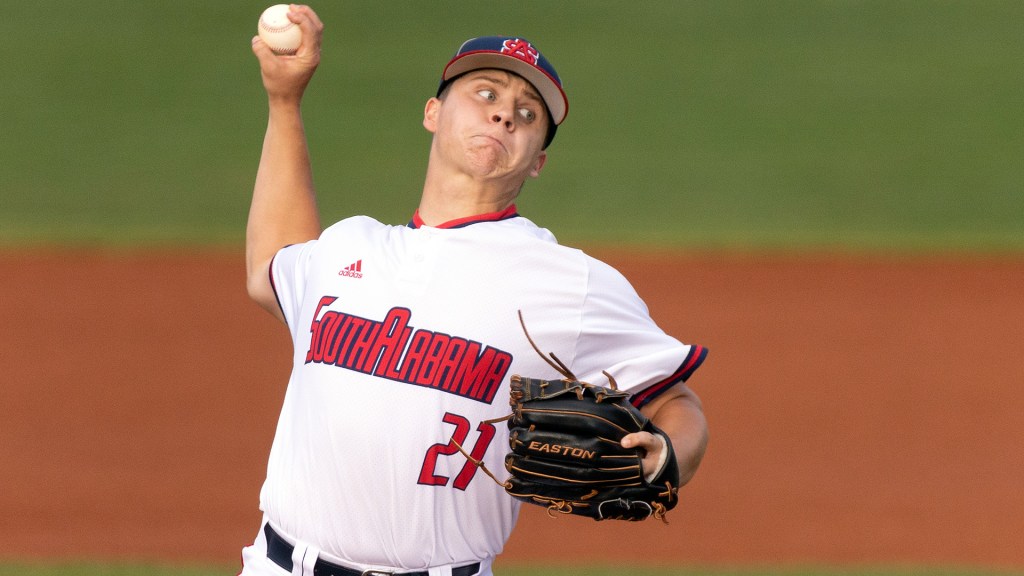 Lee, who plays at South Alabama, appeared in 11 games with nine starts, and recorded a 3.46 ERA with one save. He struck out 68 batters with nine walks in 52 innings pitched, and limited opponents to a .224 batting average.

In five Sun Belt Conference starts, Lee went 2-1 with a 3.41 ERA and one save. He struck out 39 batters and issued five walks in 29 innings pitched en-route to second-team all-SBC honors. An injury ended Lee’s season on April 30, but he’s grateful for the honor.

“I feel very fortunate to receive this award,” Lee said. “I had a season-ending injury and just thankful for the opportunity.

“When I chose to South Alabama, I was expecting to be one of the guys; I think everybody does whenever they come into a new program. I am really just grateful that I got the opportunity to go out there and prove myself.”