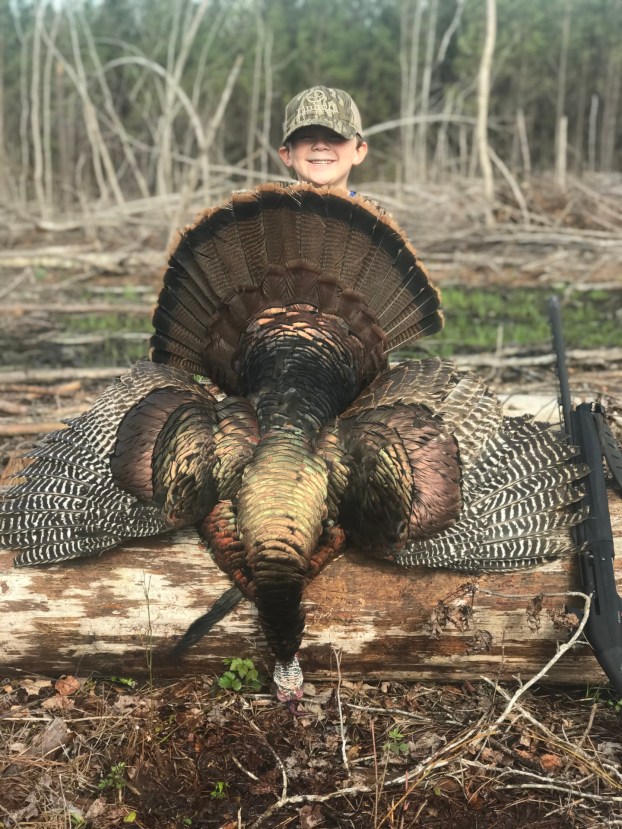 The gobbler had a 10-inch beard and 1-inch spurs. Hudson’s photo received over 1,300 votes and beat out 20 other contestants to take first place.

“Though we didn’t hear any gobbling at first light, we knew they were close as we had roosted them the evening before,’’ said Hudson’s father. “Eventually, we saw some hens and a gobbler headed our way in a big field but were disappointed when a group of jakes ran off the tom.

“We decided that we would try to harvest a jake but right as we were getting ready, we heard a close gobble to our right. The tom had circled back and was coming into our setup. He closed to 5 yards from our blind but was spooked when the wind nearly knocked over our blind. Luckily, he was still in range when he settled back down, and Hudson made a perfect shot.”

“We are grateful to the participants in this year’s contest and know that many memories of spring were created in Alabama’s Black Belt throughout the season,” ALBBAA Executive Director Pam Swannier said.

“Our region continues to be a place where families and young folks can enjoy high-quality experiences, and we invite you to come to the Black Belt to create your own memories.”